Virat Kohli confirmed that Wriddhiman Saha will replace Rishabh Pant in the Test series opener against South Africa in Vizag on Wednesday. 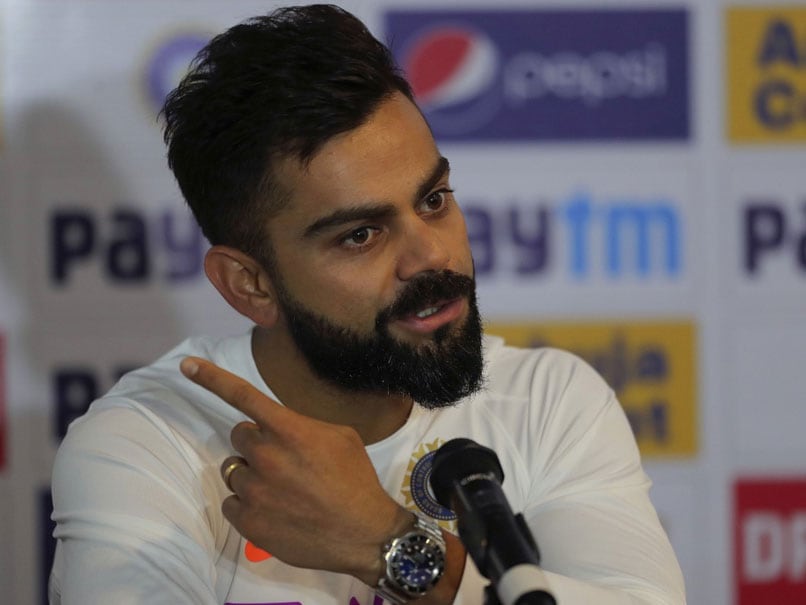 Virat Kohli, India's Test captain, confirmed on Tuesday that Wriddhiman Saha will keep wickets in the first Test against South Africa, starting October 2. Ahead of the series opener in Vizag, Virat Kohli termed Wriddhiman Saha as the best wicketkeeper in the world. "Yes, Saha is fit and fine to go. He is going to start the series for us. His keeping credentials are for everyone to see. He has done well with the bat whenever he has got a chance. It was unfortunate that he was out with an injury. According to me he is the best keeper in the world. With these conditions he starts for us," Virat Kohli said.

Despite Virat Kohli's claim regarding Wriddhiman Saha's wicketkeeping credentials, the 34-year-old was not picked in the playing XI during India's tour of the West Indies. Saha was in the squad but the team management went with Rishabh Pant in both Test matches.

Wriddhiman Saha last played a Test for India during the tour of South Africa in January 2018. Saha was ruled out due to a shoulder injury and Rishabh Pant was included in the team.

Pant had an impressive start to his Test career as he scored hundreds in England and Australia. However, since then Pant has failed to contribute with the bat as his shot selection across all formats has been the main talking point in the last few series.

With a long home season coming up, the man behind the stumps will play a key role on slow and turning pitches and that is why according to Kohli, Saha has got the nod.

"We are looking at Rishabh as the future, definitely. Got a lot of skill and talent. It's about winning and finishing games like these. In International cricket, you need to tackle pressure differently," Kohli had said in a press conference in the West Indies.

Wriddhiman Saha India vs South Africa, 2019 Cricket
Get the latest updates on SA vs IND 2021-22, check out the Schedule and Live Score . Like us on Facebook or follow us on Twitter for more sports updates. You can also download the NDTV Cricket app for Android or iOS.