India vs South Africa: Virat Kohli And Co. "Ready To Rock And Roll" In 1st Test Against South Africa

India vs South Africa: Virat Kohli and other team members tried different poses during the team photo shoot before the start of the Test series against South Africa. 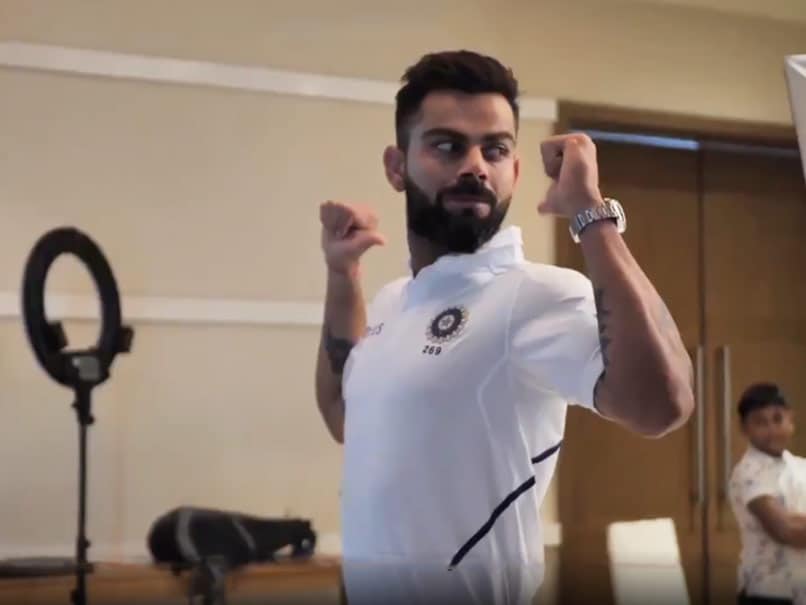 India vs South Africa: Virat Kohli posed for the camera before the first Test in Vizag.© Twitter

Virat Kohli and other Team India players made full use of the leisure time before the start of the Test series against South Africa and posed for the cameras. The players, seniors and young alike, tried different poses during the team photo shoot. The Board of Control for Cricket in India (BCCI) on Tuesday posted the photo shoot video on Twitter. In the video, the players seem to be enjoying themselves before heading into first Test match which starts on Wednesday in Vizag. "All set Ready to rock and roll. Bring on the 1st Test #TeamIndia @Paytm #INDvSA," BCCI captioned their video.

All set
Ready to rock and roll
Bring on the 1st Test #TeamIndia @Paytm #INDvSA pic.twitter.com/2taHGB11kX

India skipper Virat Kohli on Tuesday revealed the team combination for the first Test. While Rohit Sharma taking on the opener's slot, after KL Rahul was dropped after persistent failures in Test cricket, was certain, nobody saw Rishabh Pant's exclusion from the playing XI coming. Pant has been replaced by Wriddhiman Saha.

After MS Dhoni retired from Test cricket, Wriddhiman Saha was the India's pick for the wicket-keeper's slot but an injury in 2018 forced him out of the field for long, paving the way for the introduction of Rishabh Pant in game's longest format.

Rishabh Pant did grab the opportunities with both hands by scoring two centuries playing overseas. But then a dismal run with the bat in the recent two-Test series against the West Indies led people to question his temperament for Test cricket.

Mayank Agarwal, who has played just four Test so far, will open the innings with Rohit Sharma.

Kohli, who was questioned after he didn't play Ravichandran Ashwin in the Test series against the West Indies, announced that Ashwin and Ravindra Jadeja both will feature in the playing XI.