India vs South Africa: After starting the ICC Test Championship with a 2-0 clean sweep against the West Indies, India will aim for success in the first Test of the three-match Test series against South Africa in Vizag. 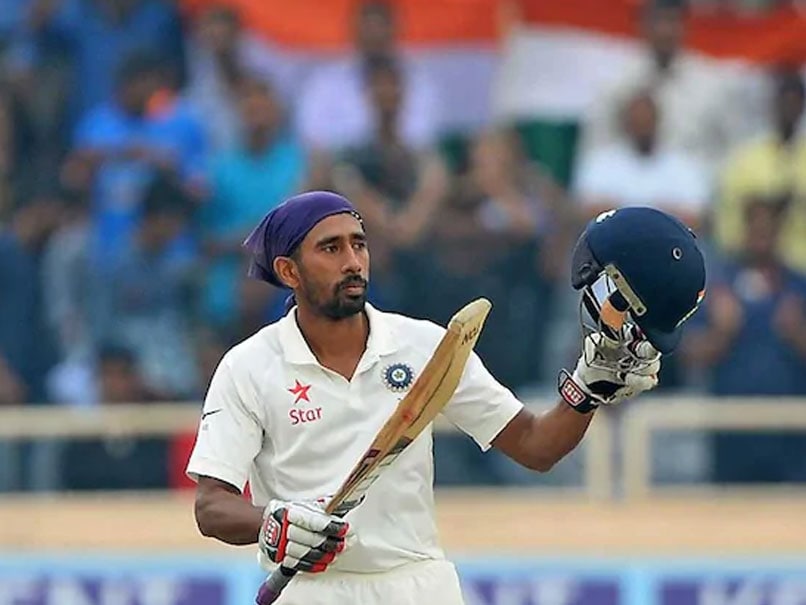 Wriddhiman Saha, the 34-year-old wicketkeeper, has been picked over young Rishabh Pant for India's first Test of the three-match Test series against South Africa in Vizag, captain Virat Kohli announced in the pre-match press conference on Tuesday. Wriddhiman Saha last played for India in January 2018 as a shoulder injury pushed him out of the picture with young wicketkeeper Rishabh Pant fitting well in the longest format. However, Rishabh Pant, who scored Test centuries in England and Australia, failed to impress much in the recent two-Test series against the West Indies at the Caribbean.

Besides Saha, all eyes will be on limited-over vice-captain Rohit Sharma, who is trying to make his place in the longest format. With no Shikhar Dhawan and KL Rahul in the squad, Rohit might get a chance at the opening slot ahead of young Shubman Gill.

Mayank Agarwal, who has played just four Test so far, will open the innings with one of the two batsmen.

Rohit has been in a phenomenal form in the limited-over cricket lately, having scored five centuries in the 2019 World Cup in the UK.

In the net sessions ahead of the first Test, Rohit seemed much determined to make the most of the opportunity and improve his Test record. In 27 Tests, he has made 1585 runs at 39.62 while he is the owner of more than 10,000 runs in limited overs cricket.

The rest of line-up looks settled with India expected to field two pacers and as many spinners. If the wicket is turning, Hanuma Vihari can play as a third spinner.

"He can be really handy as a spinner," India's Test vice-captain Ajinkya Rahane said ahead of the game.

After starting the ICC Test Championship with a 2-0 clean sweep against the West Indies, India are the overwhelming favourites against South Africa, who have come with a new-look squad.

Only five players, including captain Faf du Plessis, were part of the squad that received a 3-0 hammering from India four years ago.

Batsmen Aiden Markram and Temba Bavuma were amongst the runs in the warm-up and that should give them confidence ahead of the game.

Fast bowlers Kagiso Rabada, Vernon Philander and Lungi Ngidi can cause trouble for the Indian batsmen, especially with prediction of overcast skies and spells of rain on all five days of the Visakhapatnam Test.

Under the captaincy of Virat Kohli, the number one-ranked Indian Test team is eyeing a record-breaking 11th consecutive series at home.

Wriddhiman Saha Cricket India vs South Africa, 1st Test ACA-VDCA Stadium, Visakhapatnam India vs South Africa, 2019
Get the latest updates on IPL 2021, check out the IPL 2021 Schedule and Indian Premier League Live Score . Like us on Facebook or follow us on Twitter for more sports updates. You can also download the NDTV Cricket app for Android or iOS.