Rohit Sharma shared a video of his opening partner Shikhar Dhawan talking to himself during an air journey. 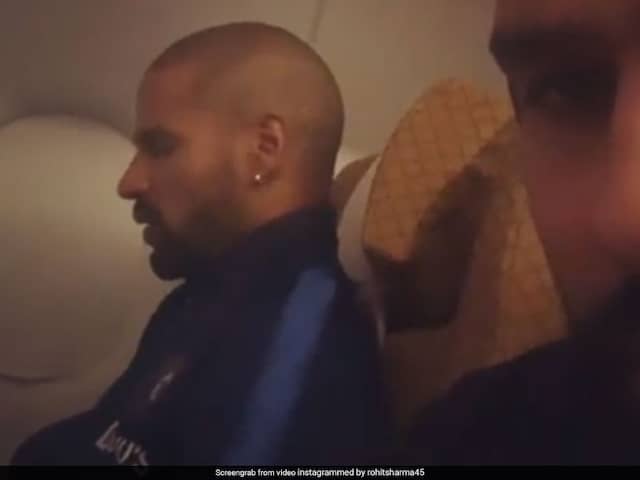 Rohit Sharma had social media in splits after he shared a video of his opening partner Shikhar Dhawan talking to himself during an air journey. "No no he isn't talking to me! And he's too old to have an imaginary friend. Why so loco jattji @shikhardofficial," Rohit Sharma captioned the video on Instagram on Friday. The post soon got the attention of Shikhar Dhawan, who came up with a hilarious explanation over his act on flight. Former India cricketer Yuvraj Singh too commented laughing emojis on the post.

No no he isn't talking to me! And he's too old to have an imaginary friend. Why so loco jattji @shikhardofficial

"I was practicing shayeri and janab ney video le liya. Kya dil se yaad kar rha tha wah Maza aa gya. Kaash itne dil se padhaayi bhi kari hoti. (He recorded when I was reciting poetry. I was having a fun time. I wish I could have studied too with such passion)," reads Shikhar Dhawan comment. 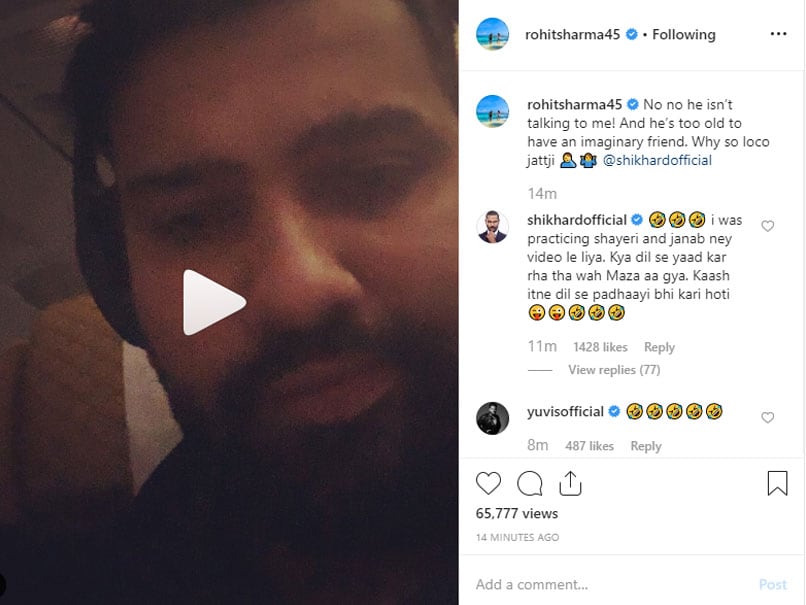 India are currently engaged in a three-match T20I series with South Africa at home. While the series opener washed out in Dharamsala, India won the second T20I by seven wickets in Mohali to take an unassailable 1-0 lead in the series.

Rohit lost his wicket early after scoring 12 runs in India's chase of 150, but Dhawan stitched a crucial 61-run stand with captain Virat Kohli.

Kohli top-scored for India with an unbeaten knock of 72 runs as the hosts chased down the target with an over to spare.

During his knock of 72 off 52 balls, the Indian skipper overtook Rohit to become the leading run-scorer in the shortest format of the game.

The third and final T20I of the series will be played at M. Chinnaswamy Stadium in Bengaluru on Sunday.

Shikhar Dhawan India vs South Africa, 2019 Cricket
Get the latest Cricket news, check out the India cricket schedule, Cricket live score . Like us on Facebook or follow us on Twitter for more sports updates. You can also download the NDTV Cricket app for Android or iOS.