Ravi Shastri took a trip down the memory lane and shared a throwback picture with Sunil Gavaskar and former India teammates on Instagram. 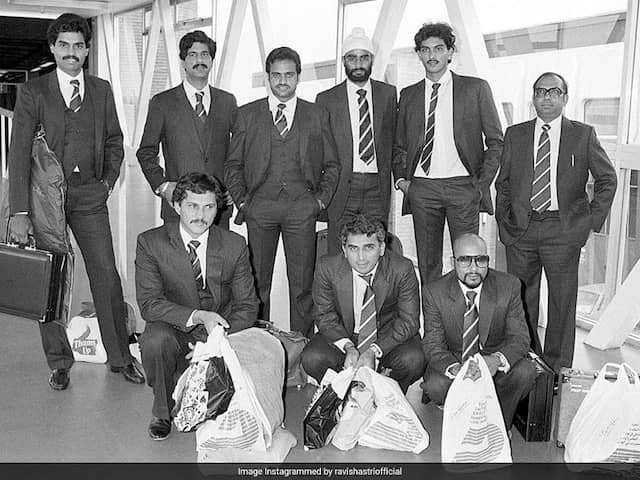 Indian cricket team head coach Ravi Shastri took a trip down the memory lane on Wednesday and shared a throwback picture with Sunil Gavaskar and former India teammates on Instagram. In the back and white photograph, a younger Ravi Shastri can be seen posing along with some of his teammates. While most of the men carried a lot of luggage with them, Ravi Shastri with no belongings called himself "light traveller" among all. "Unlike some of my teammates, I was always a light traveller," Ravi Shastri captioned the picture on Instagram.

Unlike some of my teammates, I was always a light traveller #pic #pictureoftheday #backintheday #blackandwhite #oldphotos #instagram

Last month, Ravi Shastri was retained as Team India head coach for a two-year period, ending with the 2021 T20 World Cup in India.

Under the coaching of Shastri, India registered a clean sweep over the West Indies in all formats, following which a three-match T20 International series against South Africa ended in a 1-1 draw at home.

India will next take on South Africa in a three-match Test series, starting on October 2 in Visakhapatnam.

The Virat Kohli-led side is currently on the top of the ICC World Test Championship points table with 120 points, thanks to a 2-0 Test series win over the West Indies.

New Zealand and Sri Lanka, placed second and third respectively after their two-match Test series ended in a 1-1 draw.

Australia and England are fourth and fifth respectively as their five-match Ashes 2019 series ended in a 2-2 draw.

India Cricket Team Ravi Shastri India vs South Africa, 2019 Cricket
Get the latest Cricket news, check out the India cricket schedule, Cricket live score . Like us on Facebook or follow us on Twitter for more sports updates. You can also download the NDTV Cricket app for Android or iOS.