Ravi Shastri was commentating when Yuvraj Singh was hitting Stuart Broad mercilessly all over the park. 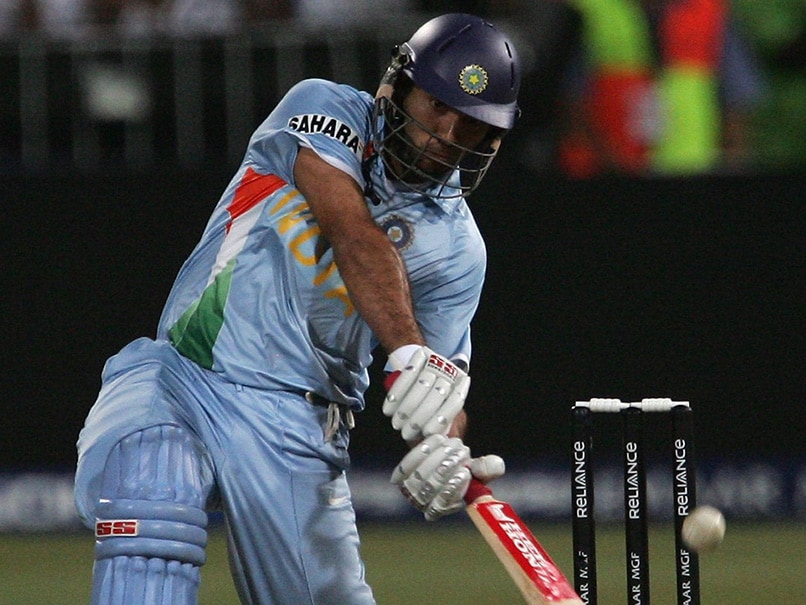 Yuvraj Singh smashed six sixes off Stuart Broad's bowling during the inaugural World T20 in South Africa. Today, when the entire country is celebrating the 12th anniversary of Yuvraj's special knock, India head coach Ravi Shastri could not stop himself from turning nostalgic about the former India all-rounder's powerful innings, which established him as one of the most destructive players in world cricket. Shastri, who was commentating when Yuvrajwas hitting Stuart Broad mercilessly all over the park, tweeted the video of the onslaught and captioned it: "12 years ago, I had microphone in my hand and junior had the willow. Relive the magic -@YUVSTRONG12".

12 years ago, I had microphone in my hand and junior had the willow. Relive the magic - @YUVSTRONG12 https://t.co/XiiTNPE1n7

Yuvraj set Kingsmead on fire hitting six sixes in an over bringing the world to its feet. In the first edition of the T20 World Cup in South Africa, India were in a tight spot as they had to beat England in their group game to keep their chances alive of making it to the semi-finals in Durban.

The drama began when the India were on 171/3 at the end of the 18th over in their first innings. With Yuvraj and then skipper MS Dhoni at the crease, the duo was looking to finish off on a high by collecting as many runs in the death overs.

Yuvraj smashed Andrew Flintoff for two fours in the 18th over, which infuriated the England bowler. The pair got involved in a big altercation which came to an end after the intervention from the on-field umpires.

However, what the verbal altercation did was that it pumped up Yuvraj and it was Broad who bore the brunt of his onslaught in the very next over.

In the 19th over of the innings, the left-hander from Punjab made sure England paid the price for their over-aggressiveness and hit six maximums of consecutive deliveries from Broad.

In the process, the Punjab-lad rocketed away to a 12-ball half-century and it was also the first time it happened in a T20I. It remains the fastest half-century till date in the shortest format of the game.

India eventually went on became World T20 champions when they defeated arch-rivals Pakistan in a thrilling final on September 24 in Johannesburg.