India will begin the three-match T20 International home series against South Africa in Dharamsala on Sunday. 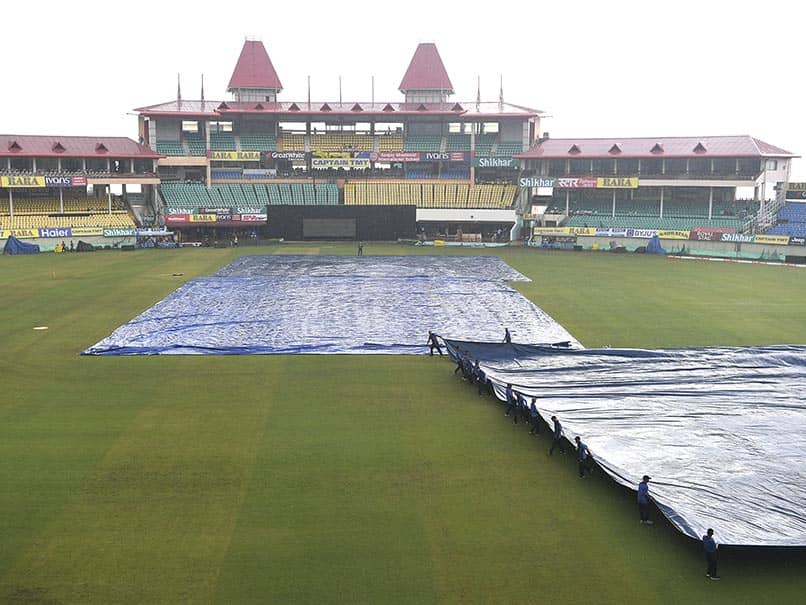 The bad weather had forced the Indian players to practice indoor on Saturday.© AFP

After dominating the West Indies in the Caribbean, India will look to start the three-match T20 International home series against South Africa on a positive note when they take the field at the HPCA Stadium in Dharamsala on Sunday. However, the rain gods might have a say in the matter as the picturesque region in the Himachal has seen quite a bit of rain in the last two days. The bad weather had forced the Indian players to practice indoor in Dharamsala on Saturday. The weather forecast says isolated thunderstorms and light showers may make their appearance but the sky will be clearer by the evening.

Under these conditions, dew might have its say in the evening encounter. The pitch too might not get to see much of sunlight before the match, and thus the toss-winner might look to bowl in Dharamsala.

Captain Virat Kohli will look to find the right combination in the shortest format of the game, especially for the T20 World Cup which is scheduled to begin in October 2020 in Australia.

After a clean sweep against a weak West Indies team in the Caribbean, India's real battle begins now with this series against Quinton de Kock-led South Africa, who are also in the midst of a tough transitional phase.

A good spell from Kagiso Rabada or a cameo from David Miller could test the Indians, while some of the others like Test specialist Temba Bavuma or Anrich Nortje will like to prove their credentials in the absence of Faf du Plessis and Hashim Amla.

Virat Kohli India vs South Africa, 2019 Cricket India vs South Africa, 1st T20I Himachal Pradesh Cricket Association Stadium, Dharamsala
Get the latest updates on IPL 2020, check out the IPL Schedule for 2020 and Indian Premier League (IPL) Cricket live score . Like us on Facebook or follow us on Twitter for more sports updates. You can also download the NDTV Cricket app for Android or iOS.