"Just Want To Go Out There And Win": Virat Kohli Ahead Of 1st T20I vs South Africa

India are scheduled to play a three-match T20I series at home against South Africa, starting on Sunday. 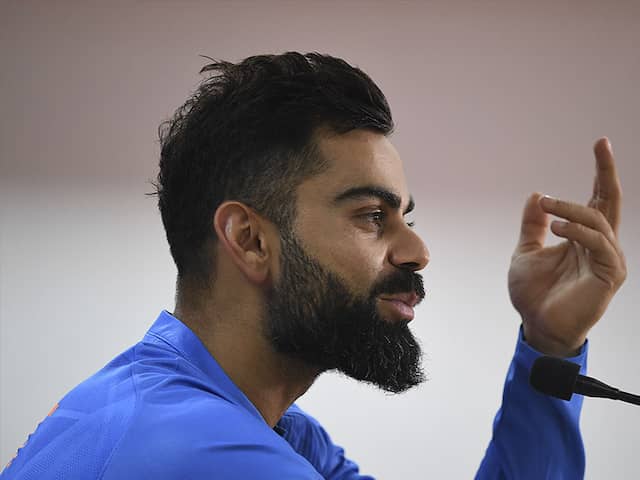 Virat Kohli will lead the Indian team against South Africa in the T20I series.© AFP

Virat Kohli will lead the side as India take on South Africa in the first Twenty 20 International (T20I) of the three-match series. India are scheduled to play three T20Is and as many Test matches against South Africa at home. Ahead of the first T20I, Virat Kohli addressed the media and said that the team just wanted to get on the field and win regardless of the format and venue. "We want to win every game. Whether we play at home, away, any format, we just want to go out there and win," Kohli said.

"We want to win every game we play" - @imVkohli #TeamIndia #INDvSA pic.twitter.com/mnisZm8K5Z

Kohli further added that if the players feel comfortable then any condition can be turned into home advantage.

"Nowadays it is about your mindset, if you think as Ravi bhai has said in the past, every condition can be home condition, if you feel comfortable," Kohli added.

The Indian skipper added that the team has prepared in the same away as they would for an overseas tour.

"For us as a home team, we need to be absolutely sure about our game plan. The way we prepare for overseas series where we have to be very very focus, it is the same international cricket," Kohli added.

India have been one of the most consistent teams in recent times, especially in limited overs cricket and Kohli acknowledged that before signing off.

"It is getting into that frame of mind for us which is very important, that is why we have been, if not the most, probably one of the most consistent team in the last two-three years," Kohli concluded.

Virat Kohli Cricket India vs South Africa, 2019
Get the latest Cricket news, check out the India cricket schedule, Cricket live score . Like us on Facebook or follow us on Twitter for more sports updates. You can also download the NDTV Cricket app for Android or iOS.