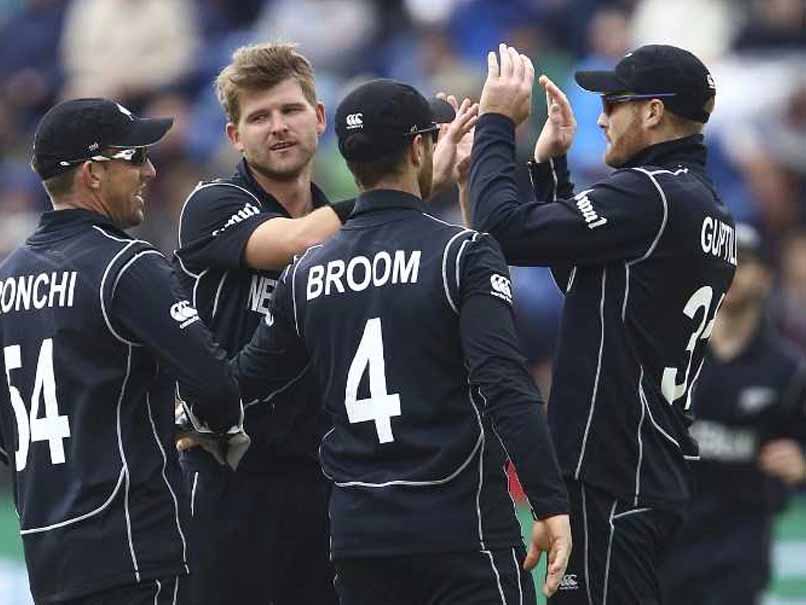 New Zealand on Monday dropped all-rounder Jimmy Neesham and batsman Neil Broom from the one-day squad to tour India next month. Coach Mike Hesson named a core group of nine players for the tour, with a further six to be selected from the New Zealand A side currently in India. Neesham and Broom both missed out after failing to fire at the ICC Champions Trophy in June. Hesson said Broom had been effective batting at three or four but it was an area in which New Zealand already had a lot of depth.

"We'd like to see Neil develop his game further to show he has the skills to bat at five," he said.

Neesham has scored only one half-century in 11 one-day internationals this year and his 10 ODI outings with the ball over the same period yielded only four wickets.

"Jimmy needs go back and really dominate domestic cricket with both bat and ball," Hesson said.

"We know Jimmy is a talented player, but we've spoken with him around improving the consistency in all areas of his game."

New Zealand play the first of three one-dayers against India in Mumbai on October 22.

Comments
Topics mentioned in this article
New Zealand Cricket Team India Cricket Team Jimmy Neesham Neil Broom Kane Williamson Cricket India vs New Zealand
Get the latest updates on SA vs IND 2021-22, check out the Schedule and Live Score . Like us on Facebook or follow us on Twitter for more sports updates. You can also download the NDTV Cricket app for Android or iOS.