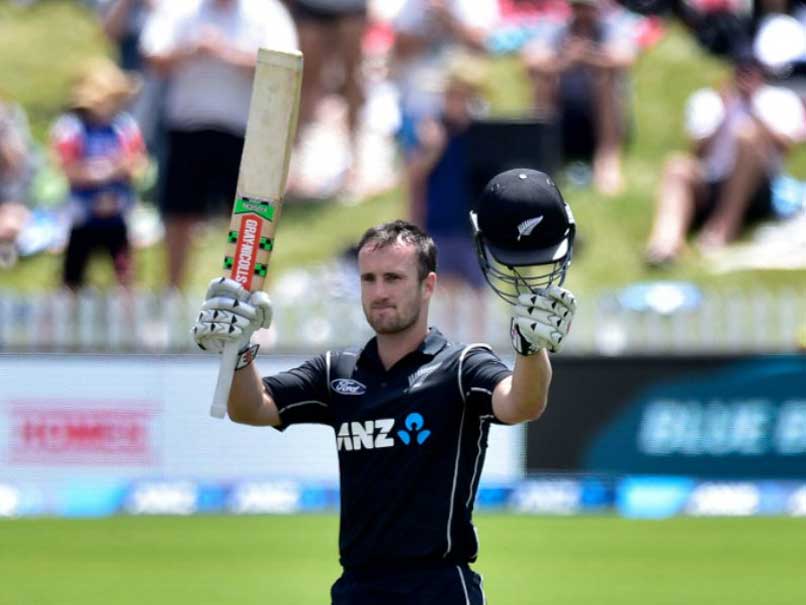 New Zealand eased to their second successive victory in the one-day international tri-series in Ireland, beating Bangladesh by four wickets with 15 balls to spare on Wednesday. Set a modest target of 258, a fifth wicket stand of 80 between Neil Broom and Jimmy Neesham proved a match-winning one. Although Broom fell two runs short of his second 50 of the series and Neesham followed him back to the pavilion immediately after reaching the landmark, there was no late scare for this impressive Black Caps side

After Luke Ronchi had given New Zealand their usual fast start (27 from 27 balls) skipper Tom Latham led from the front with 54 from 64 balls.

When he was dismissed in the 21st over, they were already scoring at the required run-rate and although Ross Taylor was leg before to Mustafizur Rahman for 25, Broom and Neesham regained the momentum which put them firmly in control.

Rahman and Rubel Hossain each took two wickets but the Bangladesh bowlers just did not have enough runs to play with on the compact Clontarf ground.

Bangladesh managed only 257 for nine despite three batsmen making half centuries.

Soumya Sarkar, Mushfiqur Rahim and Mahmuduallah all reached 50 but none could go on and Sarkar ended up as the top scorer with 61.

Hamish Bennett, the one change in the Black Caps line-up which beat Ireland in their first match on Sunday -- he replaced Scott Kuggeleijn -- was rewarded for an economical 10-over spell with two wickets in the last over to finish with three for 31.

The next match in the series is Ireland against Bangladesh at Malahide on Friday.

Comments
Topics mentioned in this article
New Zealand Cricket Team Bangladesh Cricket Team Jimmy Neesham Neil Broom Cricket
Get the latest updates on SA vs IND 2021-22, check out the Schedule and Live Score . Like us on Facebook or follow us on Twitter for more sports updates. You can also download the NDTV Cricket app for Android or iOS.