India vs England: Ajinkya Rahane said ahead of fourth Test on Tuesday that winning the World Test Championship will be like winning a World Cup. India need to avoid losing to make the final of the Championship. 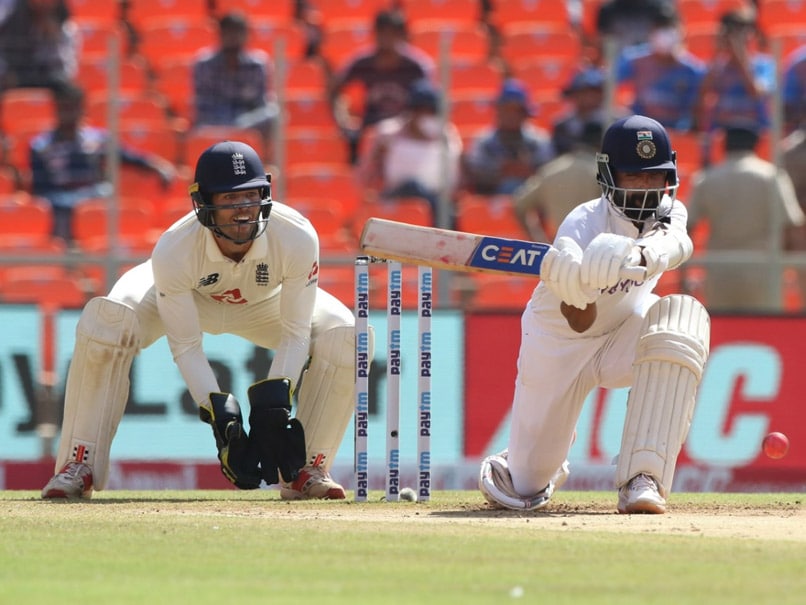 India's Test vice-captain Ajinkya Rahane on Tuesday echoed pacer Ishant Sharma's emotions and said winning the World Test Championship (WTC) would be similar to winning the World Cup. India currently have a 2-1 lead in the ongoing four-match series against England and if the hosts manage to avoid defeat, they would secure their berth in the final of the inaugural ICC World Test Championship (WTC). "Absolutely, Ishant was spot on in what he said. Winning the WTC is equal to winning the World Cup. We are all focusing on that. Having said that, the focus right now is to play the fourth Test against England. Ishant was completely right," said Rahane while replying to an ANI query during a virtual press conference on Tuesday.

In the ongoing series against England, Rahane has managed to score just 85 runs and his highest score of 67 came in the second Test at Chepauk.

India had managed to defeat England by 10 wickets within two days in the pink-ball Test. The match saw both India and England batsmen failing to shine and getting out to balls that did not turn and skidded through from the spinners.

"When the ball is spinning too much, you do not have to think about it, you just have to play the line, if you miss the ball, you miss the ball. Backing your defence and ability on seaming and spinning wicket is something we follow," he added.

Earlier, pacer Ishant Sharma had said that the World Test Championship is like a World Cup for him and if India goe on to win the Championship, then it would be a similar feeling to winning the World Cup.

"I am just focused on how to win this series and qualify for the finals of the WTC. I just play one format, WTC is like a World Cup for me," Ishant had said during a virtual press conference ahead of the third Test against England.

"If we play the finals and then we go on to win, the feeling would be the same as winning the World Cup or the Champions Trophy."

Ishant Sharma India vs England 2020-21 Cricket
Get the latest updates on ICC T20 Worldcup 2022, check out the Schedule and Live Score. Like us on Facebook or follow us on Twitter for more sports updates. You can also download the NDTV Cricket app for Android or iOS.