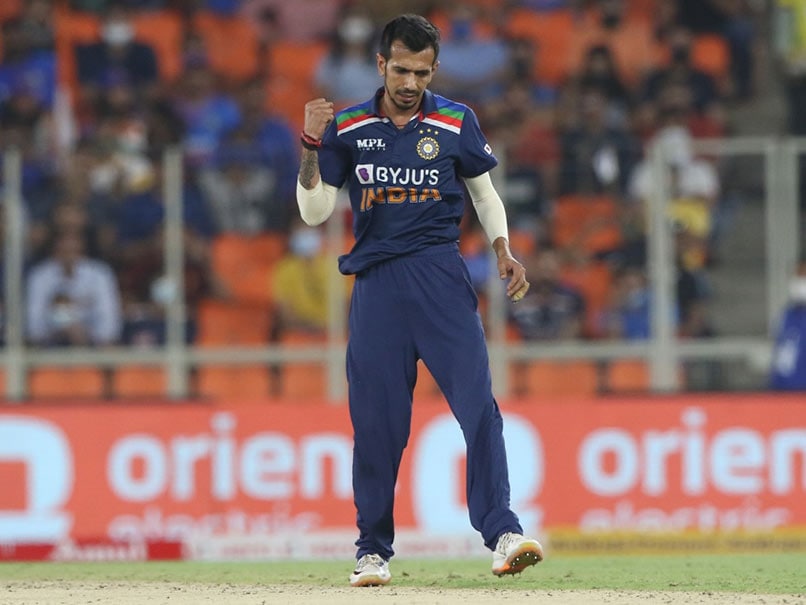 Chahal, who played his 100th international match for India today, made his T20I debut against Zimbabwe in Harare in 2016. In ODI cricket, Chahal has 92 wickets from 54 matches.

Chahal's feat aside, there was little to celebrate for India in the opening T20I of the five-match series as England easily chased down the target of 125 set by the hosts to take a 1-0 lead in the series.

India were asked to bat first by England captain Eoin Morgan, and his bowlers vindicated the captain's decision by picking up three Indian wickets in the Powerplay and then restricting the opponents to 124 for 7.

Shreyas Iyer top scored for India with 67 and Rishabh Pant made 21 but those were the only batsmen to put up a fight.

In reply, Jos Buttler and Jason Roy tore into the Indian bowling attack and put up a 72-run opening stand in the first eight overs before Chahal struck.

There was no respite even after the wicket as Dawid Malan and Jonny Bairstow wrapped up the game inside 16 overs and helped England take the lead in the series.

England Cricket Team India vs England, 1st T20I
Get the latest updates on Fifa Worldcup 2022 and check out  Fifa World Cup Schedule, Stats and Live Cricket Score. Like us on Facebook or follow us on Twitter for more sports updates. You can also download the NDTV Cricket app for Android or iOS.