India vs England: As India were restricted to 124 for 7 in the first T20I, former England skipper Michael Vaughan said Mumbai Indians are a better T20 team than India. 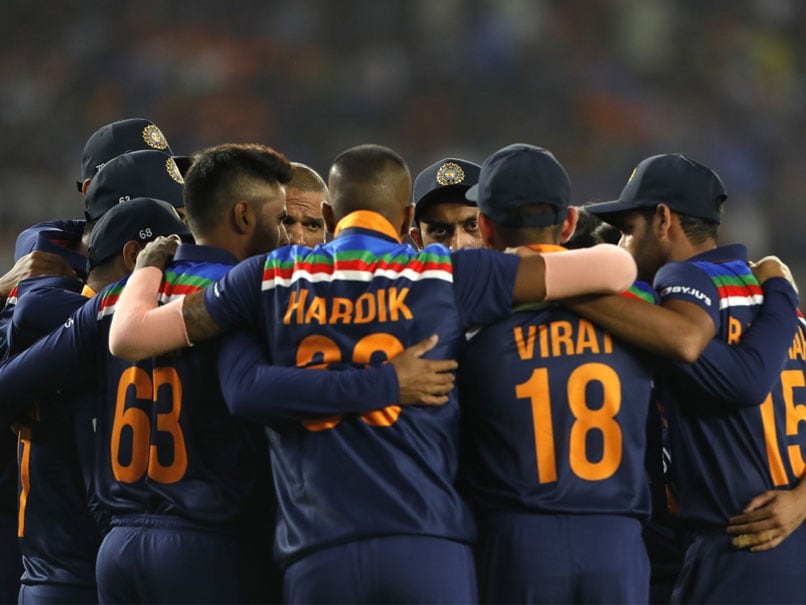 Former England captain Michael Vaughan said that Indian Premier League team Mumbai Indians are a better T20 team than India. "The @mipaltan are a better T20 team than @BCCI!!!" tweeted Vaughan on Friday. Former India batsman Wasim Jaffer had a witty reply to Vaughan's comment. "Not all teams are lucky enough to play four overseas players Michael," tweeted Jaffer, referring to the IPL rule that allows teams to have only four overseas players in the playing XI.

The @mipaltan are a better T20 team than @BCCI !!! #JustSaying #INDvENG

India were restricted to 124 for 7 in the first T20I against England in Ahmedabad as the Indian batsmen adopted a more attacking approach but failed in execution.

Shreyas Iyer top-scored for India with 67 and Rishabh Pant made 21, but those two were the only batsmen to flourish in the Indian effort.

England bowlers Jofra Archer, Mark Wood, Chirs Jordan Adil Rashid and Ben Stokes maintained the pressure on Indian batsmen, most of whom looked to attack from the start but couldn't execute the plans well.

Vaughan has been tweeting frequently on this England tour of India and he has been unabashed in expressing his opinion.

He had earlier criticised the pitch used for the third Test in Ahmedabad and called India's win in the Test a "shallow victory."

"India won the third Test but it was shallow victory. In fact, there was no winners from that game at all," Vaughan had written in his column for Daily Telegraph after the third Test.

The Test had finished inside two days as neither of the teams could cross 150 across innings.

India had emerged victorious by 10 wickets in a match that saw England getting bowled out for 112 and 81.

As for the pitch used in the first T20I, Vaughan had an interesting observation.

England Cricket Team Michael Vaughan India vs England 2020-21 India vs England, 1st T20I Cricket
Get the latest updates on IPL Auction 2023 and check out  IPL 2023 and Live Cricket Score. Like us on Facebook or follow us on Twitter for more sports updates. You can also download the NDTV Cricket app for Android or iOS.