India vs England: Virat Kohli was left stunned after a ripper from Moeen Ali clean bowled the Indian captain on Day 1 of second Test. 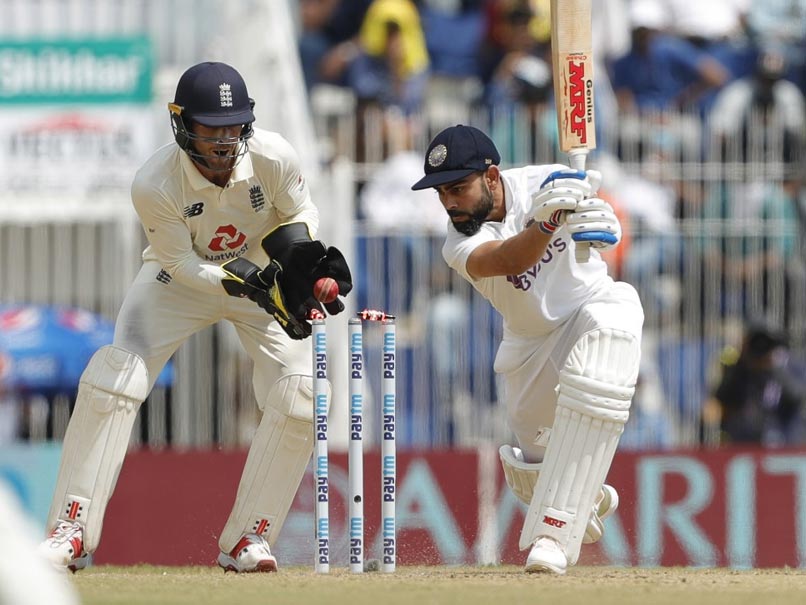 IND vs ENG: Virat Kohli was clean bowled by Moeen Ali on Day 1 of the second Test.© BCCI

Virat Kohli was left shell-shocked after a delivery from Moeen Ali breached his defence and bowled him through the gate on Day 1 of the second Test between India and England. Kohli came into bat at 85 for 2 in the first session of the day and Moeen, playing his first Test of the tour, did the Indian captain in with a brilliantly bowled off spinner that drifted, turned and went through the gap between Kohli's bat and pads. Kohli was stunned in the immediate aftermath of the dismissal even as the England players celebrated around him. The on-field umpires referred the decision to the third umpire to check if the ball had indeed hit the stumps.

The ball had hit the top of middle stump as Kohli fell to a rash shot - driving away from his body - too early in his innings. The dismissal reduced India to 86 for 3.

Kohli's apparent shock was there to see as he checked with non-striker Rohit Sharma and the umpires if the ball had hit the stumps, as the commentators on air wondered if the stumps had been disturbed by the wicket-keeper's gloves.

The Indian captain waited for a while even as England huddled by the pitch-side as replays rolled on the big screen at the ground.

His apparent disbelief at getting bowled through the gate was after all at a clean dismissal, as the replays showed.

The crowd at the MA Chidambaram Stadium too was stunned into silence as the Indian captain began the long walk back to the pavilion.

Moeen Ali India vs England 2020-21 India vs England, 2nd Test Cricket
Get the latest updates on IPL 2021, IPL Points Table , IPL Schedule 2021 , live score . Like us on Facebook or follow us on Twitter for more sports updates. You can also download the NDTV Cricket app for Android or iOS.