India vs England: The Indian cricket team was hit by a series of injuries during the series in Australia but most have recovered and will be ready for action against England. 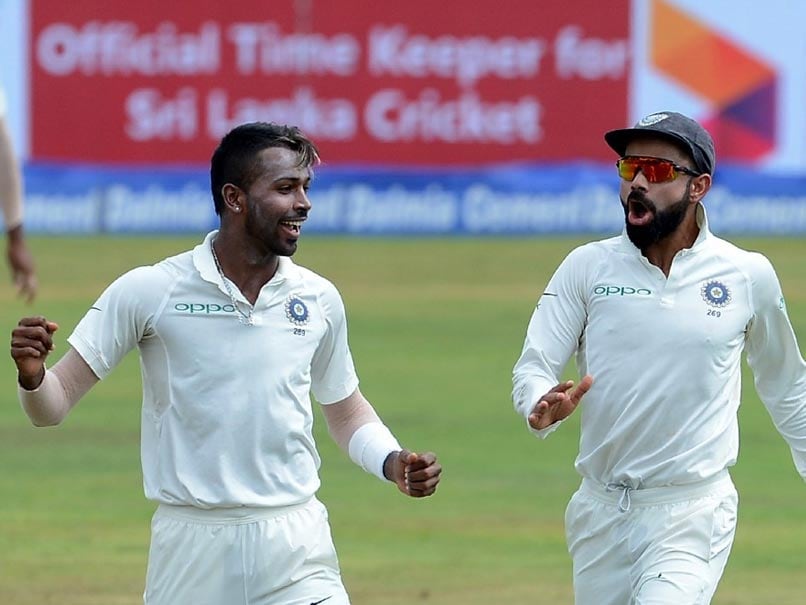 IND vs ENG: India will be bolstered by the return of skipper Virat Kohli and all-rounder Hardik Pandya.© AFP

India, fresh from a remarkable Test series win against Australia, are set to host England for a full-fledged tour, starting February 5. England will play four Tests, five Twenty20 Internationals (T20I) and three One-Day Internationals (ODIs) in a nearly two-month-long tour. The Indian team will be brimming with confidence after they secured a Test series win Down Under despite missing out on most of their star players including the likes of regular skipper Virat Kohli. However, for the upcoming four-match Test series against England, most of the mainstays in the longest format of the game are back in the squad for India.

Here's a look at all the Indian stars who will be back in action after a break:

The India skipper will return to lead the side against England after missing the last three Tests in Australia in the series Down Under. Kohli flew back home after the completion of the Adelaide Test to be his with wife Anushka Sharma for the birth of their first child. In 2020, Kohli played just three matches and he will have his work cut out when he takes the field against the likes of James Anderson and Stuart Broad.

The tall fast-bowler missed out on the recent tour of Australia due to an injury he sustained during the 13th edition of the Indian Premier League (IPL) in the United Arab Emirates. Ishant suffered a side strain injury and was ruled out of the four-match Test series Down Under. The 32-year-old pacer returned to competitive cricket during the Syed Mushtaq Ali Trophy and it didn't take him too long to find his bearings. Ishant will be back as the leader of the pace attack when the home series against England gets underway.

Ever since he underwent a lower back surgery, the all-rounder has hardly bowled and his inability to contribute with the ball saw him miss out on the Australia Test series Down Under. Hardik was one of the best performers for India in the limited-overs leg of the Australian tour but since he was not fully fit to bowl, the team management decided to give him some more rest. After coming back from Australia, Hardik was seen sweating it out on the park and his hard work paid off as the selectors named him in the 18-man squad for the first two Tests vs England.

India suffered a lot of injury blows in their last series in Australia and just when it looked certain that KL Rahul will get to play his first Test match in over 15 months, he sprained his wrist while batting at the nets and was sent back home for rehabilitation. The good news for the Karnataka batsman is that he is fit and has been included in the squad for the first two Tests of the upcoming four-match series.

The Indian pace spearhead was also on the unfit list and had to stay on the sidelines even as the second string of Indian fast bowlers worked wonders. But Bumrah too is now available for action and that is good news for Team India.

Ashwin was also on the sidelines and Washington Sundar took over his role in Australia quite well. Now, the senior spinner in the Indian side is also back to full fitness and his return is a major boost for the home bowling, especially since spin may well be the deciding factors in the Tests to be played in India.

Ravichandran Ashwin India vs England 2020-21 Cricket
Get the latest updates on ICC T20 Worldcup 2022, check out the Schedule and Live Score. Like us on Facebook or follow us on Twitter for more sports updates. You can also download the NDTV Cricket app for Android or iOS.