India vs England: England have sent in their strongest side for the T20 Internationals and an upbeat India will be hoping that their Test form continues into the T20Is. 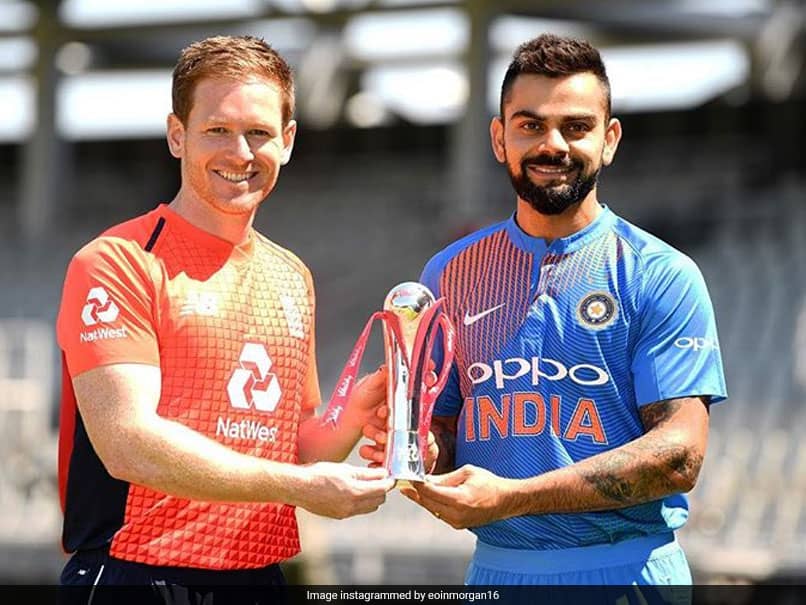 India and England are set to compete in a five-match T20I series in Ahmedabad.© Instagram

Even as Team India gears up for a new challenge in the shape of a strong England contingent under new leadership, the slate would have been wiped clean after the Test series, which was quite a nightmare for the visitors post the first game. However, only a few of the members of the T20I series would have those bad dreams to live with, while the Indian team, with the old hands at the helm as always, will be hoping that skipper Virat Kohli and his side will find both form and luck in the shortest format of the game, not just to register another series win, but also to iron out some of the glitches ahead of the World Cup later in the year.

As for England, three of their players would still be in a little bit of shock after the Test series - Ben Stokes, Jonny Bairstow and Jofra Archer. While Stokes would have extended bad dreams of see England agonisingly fall apart, Bairstow would suffer from flashes of defeat, as short as his stay at the crease.

Archer would be in a world of disbelief, having been at the fringes for most part of England's disintegration.

The plus for England however is that most of the new contingent were not part of this disaster, so bear no mental scars. With skipper Eoin Morgan leading a formidable outfit, the return of Jos Buttler, who only witnessed success in the Test series, and players like Dawid Malan, Jason Roy and the Curran brothers, Tom and Sam, this England side will be one to beat.

Also back will be Moeen Ali. After his exit from the Test format, he will have a lot to prove.

For India, some of the names that made their Australia tour a bit of a fairy tale are back. T. Natarajan, Shardul Thakur and Navdeep Saini are back in business and so is Bhuvneshwar Kumar, after a long gap.

Jasprit Bumrah is out, with wedding bells about to ring for the fast bowler, so the fast bowling once again will be in the hands of the youngsters.

The batting is formidable, with Kohli having the problem of plenty, with him, Rohit Sharma, KL Rahul, Shikhar Dhawan, Shreyas Iyer and Hardik Pandya being further bolstered with the arrival of Suryakumar Yadav, Ishan Kishan and Rahul Tewatia, with the last name also adding to the spin department with Yuzvendra Chahal, as will Washington Sundar.

The rediscovered Axar Patel is also in the mix, though there are question marks about the fitness of 'mystery' bowler Varun Chakravarthy.

Both sides have some big guns to fire when rivalries start on Friday, March 12, at the newly-refurbished stadium in Ahmedabad, which has also been in the news for its pitches. How that factor will add to the mix is unknown, but it can be safely said that we haven't the last of that yet.

Eoin Morgan Cricket India vs England 2020-21
Get the latest updates on IPL 2021, IPL Points Table , IPL Schedule 2021 , live score . Like us on Facebook or follow us on Twitter for more sports updates. You can also download the NDTV Cricket app for Android or iOS.