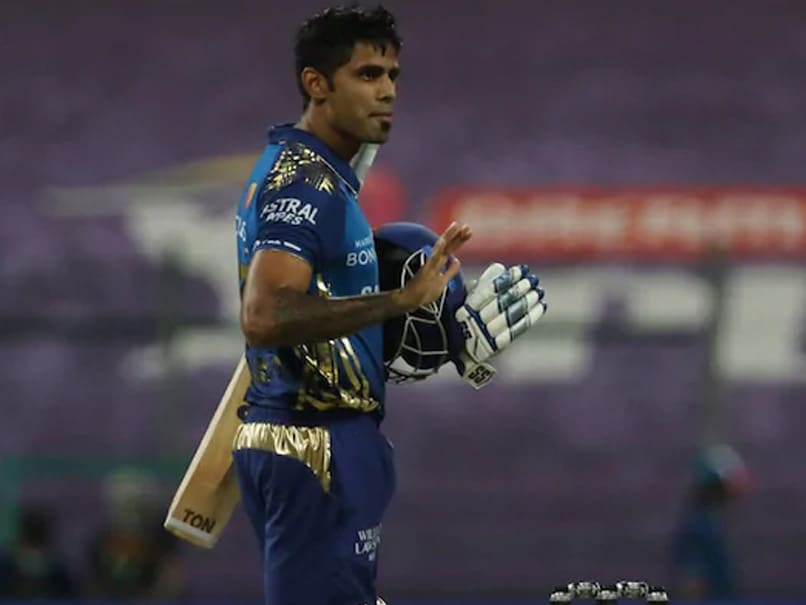 Suryakumar Yadav, Ishan Kishan and Rahul Tewatia on Saturday earned their maiden India call-up for next month's five-match T20 series against England as the selectors rewarded them for their stellar performances in the IPL. Wicketkeeper-batsman Rishabh Pant, all-rounder Axar Patel and fast bowler Bhuvneshwar Kumar also returned to a fresh-looking squad. The selectors named a 19-man squad for the series starting March 12 in Ahmedabad with an aim to try out new faces such as Ishan Kishan, Suryakumar and Rahul Tewatia in a World Cup year. All three had a stellar IPL though Suryakumar Yadav has formed the backbone of Mumbai Indians' batting over the years.

Questions were raised when Suryakumar Yadav did not make the team for the series in Australia but his long wait has finally ended.

Kishan too had a good IPL and has been in red hot form in white ball cricket. He got the call-up on a day when he smashed 173 off 93 balls for Jharkhand in the Vijay Hazare Trophy.

Tewatia, who plays for Rajasthan Royals and Haryana, had smashed West Indian Sheldon Cottrell for five sixes in an over in the IPL last year to pull off a stunning win for his team.

Left-arm wrist spinner Kuldeep Yadav, Sanju Samson and Manish Pandey have been dropped from the side while pacer Jasprit Bumrah has been rested.

Mohammad Shami and Ravindra Jadeja were not included as they they are still recovering from injuries they suffered on the Australia tour.

Pant comes back into the team following a stellar run in Tests in Australia and his good form has continued in the home series against England.

Bhuvneshwar returns to the side having recovered from a hamstring injury he suffered in the IPL last year. He recently played for UP in the Syed Mushtaq Ali Trophy.

Axar Patel, who last played a T20 in February 2018, is also back having performed consistently in the IPL. His selection comes after he took a five-wicket haul in his maiden Test and is a like-for-like replacement for Jadeja.

Mystery spinner Varun Chakravarthy, who missed the Australia series due to an injury, has also been named in the team. Left-arm pacer T Natarajan has expectedly retained his place following an impressive debut series in Australia.

All five games will be played at Ahmedabad's Motera Stadium -- the largest cricket stadium in the world.

Bhuvneshwar Kumar India vs England 2020-21
Get the latest updates on ICC T20 Worldcup 2022 and CWG 2022 check out the Schedule, Live Score and Medals Tally. Like us on Facebook or follow us on Twitter for more sports updates. You can also download the NDTV Cricket app for Android or iOS.