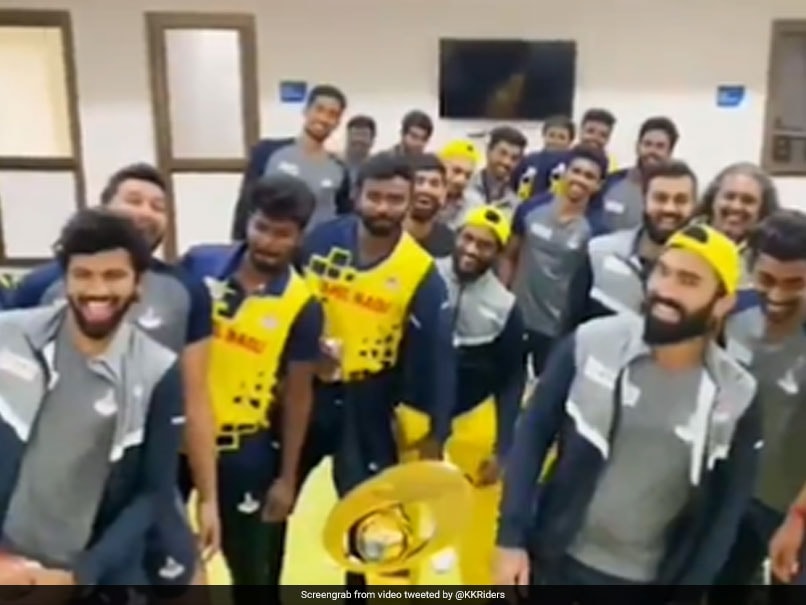 Tamil Nadu coasted past Baroda in the Syed Mushtaq Ali Trophy final, winning by seven wickets. After the match, winning captain Dinesh Karthik led his team to a celebratory dance, grooving to the "Vaathi Coming" song from the Tamil movie "Master". Karthik's Indian Premier League (IPL) side Kolkata Knight Riders (KKR) took to Twitter to share a video of the dance, and also hailed the Tamil Nadu team. The video was captioned as, "@DineshKarthik and his boys never disappoint you, be it on the field or off the field #KKR #SyedMushtaqAliTrophyT20 #Cricket #TamilNadu".

@DineshKarthik and his boys never disappoint you, be it on the field or off the field #KKR #SyedMushtaqAliTrophyT20 #Cricket #TamilNadu pic.twitter.com/kqgCOFcwj0

Karthik represents KKR in the IPL and is their former captain. He handed over the captaincy to Eoin Morgan during the 2020 season in United Arab Emirates (UAE).

Manimaran Siddharth and C Hari Nishaanth put in top displays for Tamil Nadu in the final, helping them win their second Syed Mushtaq Ali title. They had won their first title in 2006-07.

Put into bat, Baroda had a poor start, losing early wickets. Vishnu Solanki top-scored for them with 49 runs, as they set a 121-run target for Tamil Nadu. Siddharth took four wickets in four overs, conceding 20 runs.

Tamil Nadu chased the target successfully in 18 overs, with Nishaanth top-scoring for them with 35 runs. Baba Aparajith played an important part in the victory, remaining unbeaten after scoring 29 runs. Meanwhile, Karthik also played a role in his team's chase, hitting 22 runs from 16 balls.

Kolkata Knight Riders
Get the latest updates on Fifa Worldcup 2022 and check out  Fifa World Cup Schedule, Stats and Live Cricket Score. Like us on Facebook or follow us on Twitter for more sports updates. You can also download the NDTV Cricket app for Android or iOS.