Syed Mushtaq Ali Trophy: Despite losing to Tamil Nadu by seven wickets in the final, Krunal and Hardik Pandya lauded Baroda's run to the title clash. 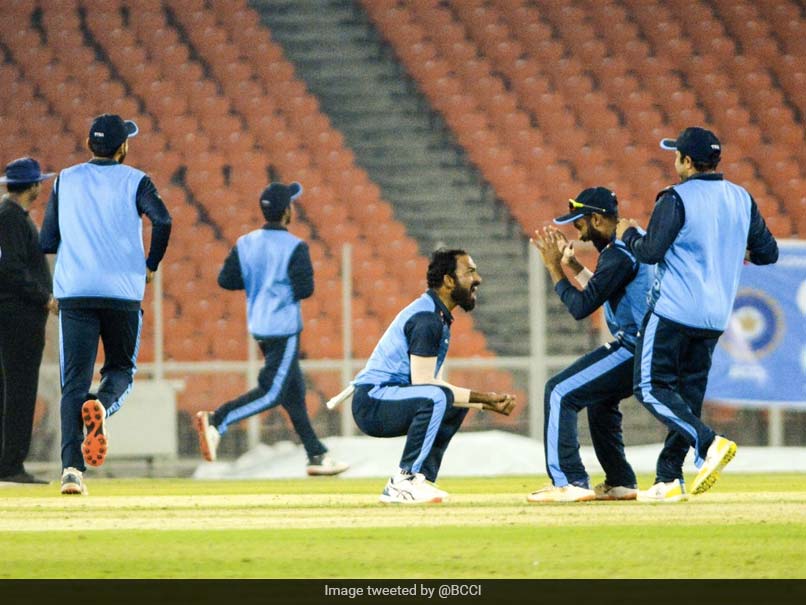 Dinesh Karthik's side had suffered a loss to Karnataka in the finals of 2019-20 Syed Mushtaq Ali Trophy, but the side managed to pass the final hurdle in the current edition.

"Well played, boys. You should be proud of this achievement," tweeted Hardik while applauding Baroda's performance.

Well played, boys You should be proud of this achievement! @cricbaroda pic.twitter.com/sJkv8MEEYO

On the other hand, Krunal took to Twitter, saying: "Top effort boys! Superb performances in the tournament. We've come a long way and there's a long way to go."

Krunal had played three matches in the ongoing Syed Mushtaq tournament, managing to take four wickets. In the first match against Uttarakhand, Krunal also managed to score 76 runs for Baroda.

Hardik Pandya didn't play in the Syed Mushtaq Ali trophy but he began his training for the upcoming white-ball series against England.

Syed Mushtaq Ali Trophy had started on January 10, and the group stages gave many players a chance to show their skills.

The coronavirus pandemic had made the situation slightly more complex this time going into the tournament as players needed to focus not only on their games, but also on bio-bubble protocols and safety regulations. But the T20 tournament proved as a perfect opportunity for the young and fringe players to impress the national selectors with an eye on the 2021 T20 World Cup.

Dinesh Karthik Baba Aparajith Manimaran Siddharth Cricket
Get the latest updates on ICC T20 Worldcup 2022, check out the Schedule and Live Score. Like us on Facebook or follow us on Twitter for more sports updates. You can also download the NDTV Cricket app for Android or iOS.