India vs England: Rishabh Pant is a match winner who can change the momentum of the match within minutes, said former India captain Sourav Ganguly. 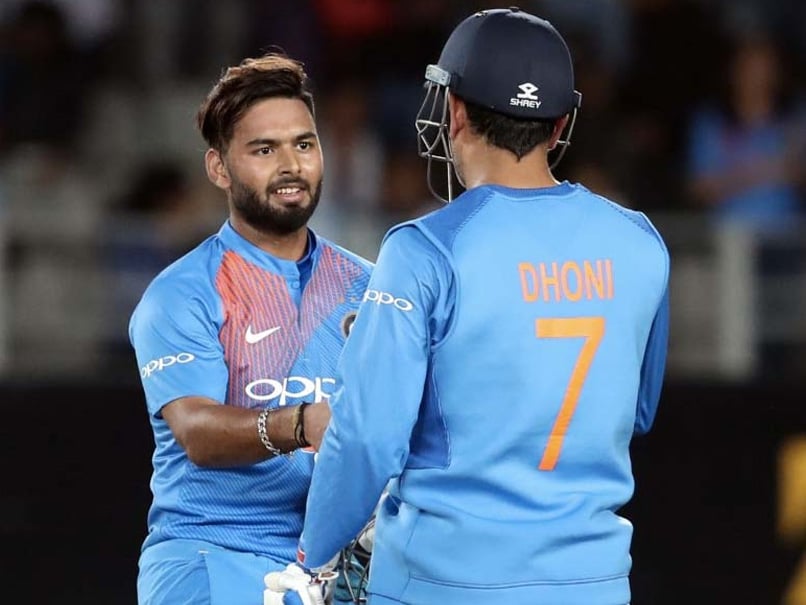 Sourav Ganguly on Monday said India wicket-keeper batsman Rishabh Pant is "as good as MS Dhoni." Comparisons between the former India captain Dhoni, widely regarded as one of the greatest captains and wicket-keepers of all time, and the 23-year-old Pant have been rife ever since Pant made his international debut in 2017 when Dhoni was still an active cricketer. Pant's form dwindled after the 2019 World Cup and he even lost his place in the limited-overs teams. However, his performances in Test series in Australia and against England at home have rekindled Pant's career and also prompted his return to the limited-overs teams.

"Pant is as good as Dhoni. He is a match winner," Ganguly told ABP LIVE Bengali.

"He can take away the game from the opponents. He can play unbelievable shots. On his day, Pant can win matches for the team, be it test, ODI or T20."

Pant made a scintillating 101 off just 118 balls in India's fourth Test against England in Ahmedabad to help his team recover from 80 for 4 and take a big first-innings lead.

India's 365 in reply to England's 205 in the first innings proved too much for the visitors as they were bundled for 135 in the second innings to lose by an innings and 25 runs.

"Pant is a natural stroke player. He will play his shots. He can change the momentum of the match within minutes," Ganguly said.

While Pant's attractive stroke-play was the talk of the town, his athleticism behind the stumps impressed one and all, including India captain Virat Kohli and coach Ravi Shastri.

Ganguly was impressed, too. "He has improved a lot as a wicketkeeper which is quite obvious in the India vs England Test series. He has made most of the chances he got," Ganguly said.

MS Dhoni India vs England 2020-21 Cricket
Get the latest updates on IPL Auction 2023 and check out  IPL 2023 and Live Cricket Score. Like us on Facebook or follow us on Twitter for more sports updates. You can also download the NDTV Cricket app for Android or iOS.