Watch: Rishabh Pant Does "Spiderman" Workout Ahead Of Third Test Against England

India vs England: Washington Sundar shared a video on Twitter, where Rishabh Pant can be seen mimicking Spiderman during workout. 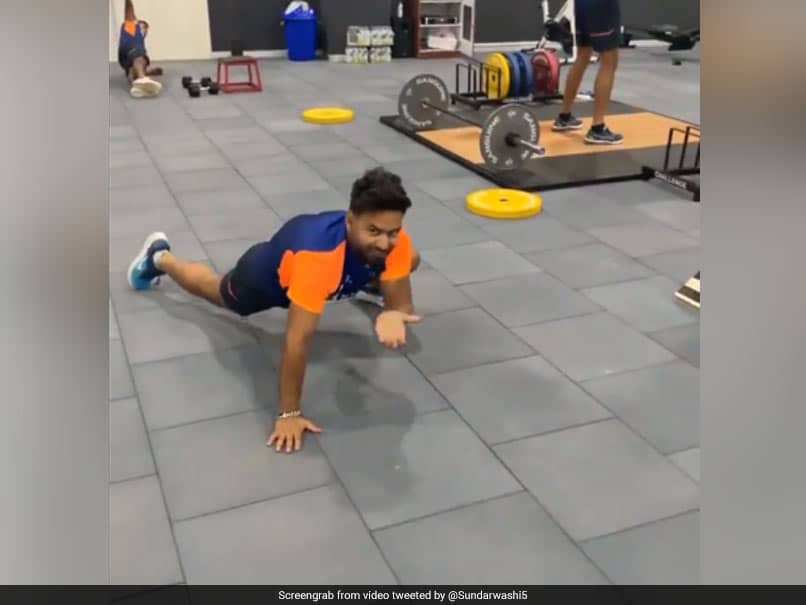 IND vs ENG: Rishabh Pant can be seen mimicking Spiderman during his workout.© Twitter

Team India all-rounder Washington Sundar took to Twitter on Friday, to share a video starring wicketkeeper-batsman Rishabh Pant. In the video, Pant can be seen mimicking Spiderman during his workout. "Spiderman Spiderman @RishabhPant17," Sundar captioned the post on the micro-blogging site. Both the players are currently in Ahmedabad, with the Motera Stadium set to host the final two Test matches of the ongoing four-Test series against England. The stadium located in Ahmedabad, Gujarat, is the largest cricket stadium in the world.

This was not the first time Pant was spotted mimicking Spiderman. On Day 4 of the Brisbane Test against Australia last month, Pant made headlines as he was spotted singing the Hindi version of the "Spiderman" theme song.

The Test series between India and England is currently level at 1-1, after the hosts bounced back from the first Test defeat to thrash the visitors in the second Test in Chennai.

While the opening match was held behind closed doors, the second game witnessed the return of limited number of fans for the first time since COVID-19 pandemic brought the country to a halt last year.

The tourists won the series opener by 227 runs, with skipper Joe Root scoring a double century. Team India bounced back in the second game and clinched a 317-run victory.

Rohit Sharma and Ravichandran Ashwin were the star performers for India. Rohit played a solid knock of 161 runs to help India post a huge first-innings total on a turning pitch. Ashwin took a five-wicket haul and then scored a century in India's second innings. He was awarded Man of the Match for his all-round show.

Rishabh Pant Washington Sundar Cricket
Get the latest updates on India vs England Series, India vs England , live score and IPL 2021 Auction . Like us on Facebook or follow us on Twitter for more sports updates. You can also download the NDTV Cricket app for Android or iOS.