India vs England, 1st Test Day 4: Ravichandran Ashwin complimented Ishant Sharma on getting into the 300-wicket club and wished the pacer gets to 400 or 500 wickets and sets a road map for future India quicks. 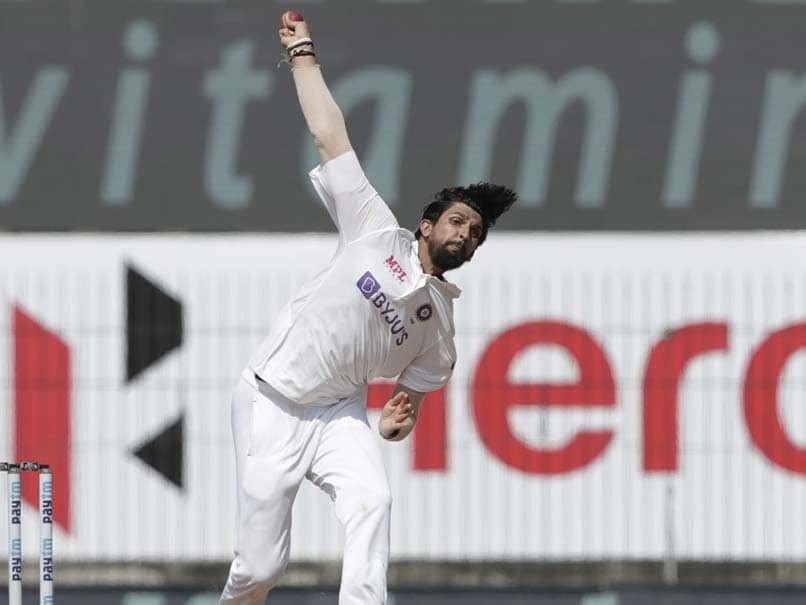 IND vs ENG: Ishant Sharma got to 300 Test wickets on Day Four of the first Test.© BCCI

Ishant Sharma's work ethic has been exemplary over the last 14 years, feels Ravichandran Ashwin, who wishes to see his India teammate enter the 400-wicket club and set a bench mark for the emerging quicks of this country. Ishant, the most-capped Test player in this current line-up, on Monday, became the third Indian pacer after Kapil Dev (434 wickets) and Zaheer Khan (311) to reach the 300-wicket milestone. "Look, Ishant has been one of the most hard-working cricketers that I have seen in that Indian team dressing room," said Ashwin, who himself, is 15 wickets short of the 400-mark.

"He has worked extremely hard, for more than just one reason, because being that tall (6 ft 4 inch) itself requires a lot of facets to be managed through a career which is spanned out through almost 14 years now."

Ishant is only two short of 100 Test appearances and will only be the second pace bowler from India to achieve that coveted landmark.

For Ashwin, that itself is a measure of his achievement.

"Ishant, who went to Australia and got Ricky Ponting out (in 2007-08), and then has gone through so many other tours, had his fair share of injuries. For a fast bowler to get close to 100 Tests in India is not a joke and it is fantastic, fantastic achievement," said Ashwin.

"I can keep going on and keep complimenting Ishant, but I really wish to see him get to 400 and probably 500 wickets, which should be sort of road map for a lot of Indian quicks going forward."

So what's it that makes Ishant Sharma special as a person?

"If I have to say something about Ishant, his biggest plus is the smile. He is ever smiling. Even if he is very tired, he is smiling," said Ashwin.

"Today, I jokingly told him that you won't get a bowl. He (Ishant) said that's ok because he was really tired. He is a man with a funny streak," added Ashwin.

Ishant Sharma India vs England 2020-21 India vs England, 1st Test Cricket
Get the latest updates on IPL 2021, IPL Points Table , IPL Schedule 2021 , live score . Like us on Facebook or follow us on Twitter for more sports updates. You can also download the NDTV Cricket app for Android or iOS.