India vs England: Michael Vaughan questioned England's rotation policy in selection as the team collapsed to 112 all out on Day 1 of the third Test. 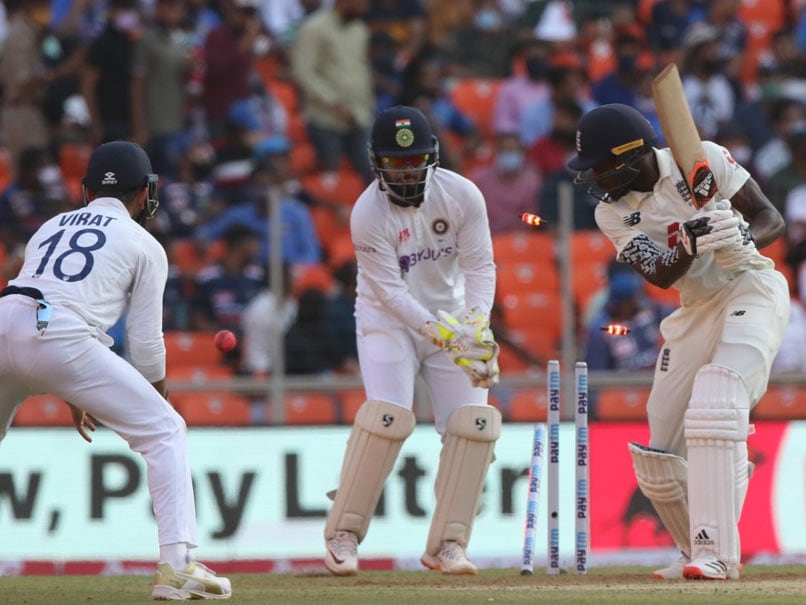 IND vs ENG: England were bowled out for 112 in the first innings of the third Test.© BCCI

England head coach Chris Silverwood had defended the rotation policy after the loss in the second Test in Chennai, but former skipper Michael Vaughan has slammed the team's selection for the ongoing series against India. Jos Buttler played the first Test and then he was back home while all-rounder Moeen Ali did the same after playing the second game. Earlier, Jonny Bairstow was rested for the first two Tests while premier pacer James Anderson missed the second game even after England emerged victorious in the opening game.

However, Vaughan feels England shouldn't have rotated players against the ''best team in the world''. His remarks came during the ongoing pink-ball Test as England crumbled in front of the Indian spinners.

"England have treated selection for this series like premier league teams treat the early stages of the FA Cup rounds ... #INDvENG Against the best team in the world !!!!!!!" Vaughan tweeted.

England have treated selection for this series like premier league teams treat the early stages of the FA Cup rounds ... #INDvENG Against the best team in the world !!!!!!!

Axar Patel and seasoned off-spinner Ravichandran Ashwin had a field day as India bundled out England for a paltry 112 in the first innings on the opening day of the pink-ball Test at the Narendra Modi Stadium.

Axar, playing in just his second Test, scalped six wickets while Ashwin returned with three wickets as the visitors were bowled out in just 48.4 overs.

This was Axar's second five-wicket haul in a row as he had scalped five in the second innings of the second Test as well.

England Cricket Team Michael Vaughan India vs England 2020-21 India vs England, 3rd Test Cricket
Get the latest updates on IPL Auction 2023 and check out  IPL 2023 and Live Cricket Score. Like us on Facebook or follow us on Twitter for more sports updates. You can also download the NDTV Cricket app for Android or iOS.