India vs England: Stuart Broad and Joe Root were among England players who had animated discussions with on-field umpire Anil Chaudhary after a soft signal of 'Out' was overturned by the third umpire. 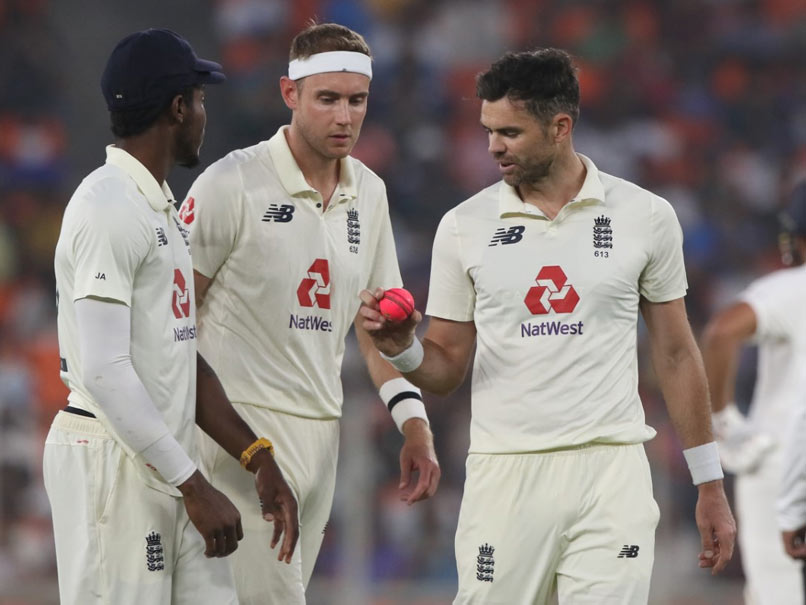 IND vs ENG: England players were not pleased with a decision by the third umpire on Day 1.© BCCI

An on-field soft signal of 'Out' was overturned by the third umpire on Day 1 of the third Test between India and England, a decision that left England players disappointed. A delivery from Stuart Broad in the second over of the second innings took opening batsman Shubman Gill's outside edge and landed in Ben Stokes' hands in the slips. England appealed and the on-field umpire Anil Chaudhary referred the decision to the third umpire to check for a clean catch. The on-field umpire's soft signal was 'Out.'

However, on replays it appeared that while Stokes had grabbed the ball initially, he had indeed grassed it while he was in the act of completing the catch.

The ball was gripped precariously in Stokes' palm in the right hand but there was conclusive evidence for the third umpire to deduce that the ball had touched the ground before the catch was completed.

When the decision of 'Not Out' flashed on the big screen, Stokes, Broad and England captain Joe Root had different reactions.

While Stokes seemed to take it in his stride, smiling after the decision was made, Root and Broad were involved in animated discussions with umpire Anil Chaudhary.

Broad seemed particularly disappointed as he shook his head after breaking away from the umpire as well as at the start of the next over.

India captain Virat Kohli was bemused as well, reacting animatedly to the decision.

Some of the commentators on air at the time, including former India captain Sunil Gavaskar, agreed with the third umpire's decision even as play went on.

Earlier on Day 1, England were bowled out for 112 runs as Axar Patel took 6 for 38 and Ravichandran Ashwin returned three wickets.

Ben Stokes Shubman Gill India vs England 2020-21 India vs England, 3rd Test Cricket
Get the latest updates on IPL Auction 2023 and check out  IPL 2023 and Live Cricket Score. Like us on Facebook or follow us on Twitter for more sports updates. You can also download the NDTV Cricket app for Android or iOS.