India vs England: Jofra Archer is returning for the rehabilitation of his elbow injury. He will be missing the ODI series vs India, and also the initial phase of IPL 2021. 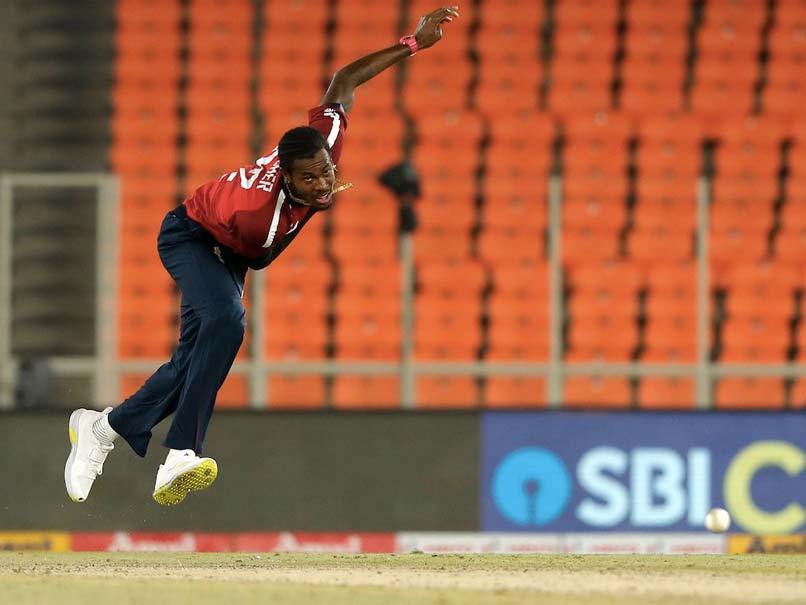 IND vs ENG: Jofra Archer during the recently concluded T20I series vs India, in Ahmedabad.© BCCI

England head coach Chris Silverwood on Sunday said that it is pleasing to see pacer Jofra Archer keeping the national side ahead and leave for the UK in order to get himself fit. Silverwood's remark came as Archer was deemed unfit for the upcoming three-match ODI series against India. The pacer has also been ruled out from the initial phase of the Indian Premier League (IPL) 2021. "It was a joint decision and he put England first basically. He needs to get this right and he needs some time to do that. It is about we give him the best chance to be successful for England and all parties agreed on that front. Jofra was very keen on that as well. He wants to be there at the T20 World Cup and the Ashes, it was not a difficult decision, it was a sensible decision," Silverwood told UK Media in a virtual press conference on Sunday.

Archer is returning to the UK for further management and investigation of his right elbow injury. Archer's elbow issue has deteriorated over the course of the five-match T20I series and made it increasingly challenging for him to maintain performance levels. The ECB medical team will now assess the player and, together with Jofra, develop a treatment plan and a return-to-play schedule in due course. As a consequence, Jofra will miss the start of this year's IPL.

On Saturday, blistering half-centuries by skipper Virat Kohli and Rohit Sharma and spirited bowling performance by Indian bowlers helped the hosts to register a 36-run win in the fifth T20I at the Narendra Modi Stadium. With this win, India clinched the five-match series 3-2 and now both the teams will face off in the three-match ODI series, beginning Tuesday in Pune.

India and England will now lock horns in the three-match ODI series, beginning Tuesday in Pune. All three ODIs will be played behind closed doors.

Jofra Archer Chris Silverwood India vs England 2020-21 IPL 2021 Cricket
Get the latest updates on India vs South Africa and check out  Schedule, Results and Live Score. Like us on Facebook or follow us on Twitter for more sports updates. You can also download the NDTV Cricket app for Android or iOS.