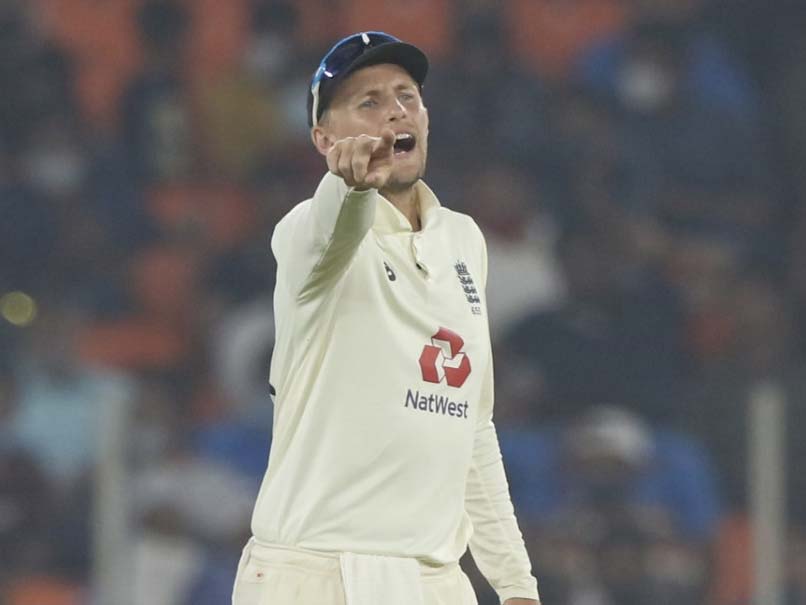 IND vs ENG: Joe Root was seen remonstrating to the umpire on Day 1 of the third Test.© BCCI

England head coach Chris Silverwood and captain Joe Root have asked the match referee to have "consistency" in the process by which the third umpire makes a decision in the ongoing pink-ball Test in Ahmedabad at the Narendra Modi Stadium on Wednesday. Both Root and Silverwood approached Javagal Srinath, the ICC match referee after the end of the opening day's play after certain decisions that went in the hosts' way were made quickly according to the visitors.

India batsman Shubman Gill was caught off Stuart Broad in the slips by Ben Stokes, but the third umpire decided that the all-rounder had grassed the catch. In another incident, a quick stumping by Ben Foakes didn't result in a wicket as Rohit Sharma had grounded his foot at the right time.

The visitors claim that both the decisions were made rather quickly without taking the help of other camera angles. According to a report in ESPNcricinfo, Root and Silverwood approached Srinath after stumps on day one.

"The England captain and head coach spoke with the match referee after play. The captain and head coach acknowledged the challenges the umpires faced and asked respectfully that in making any decisions there was consistency in the process. The match referee said the captain was asking the right questions of the umpires," ESPNcricinfo quoted an England team spokesperson as saying.

Crawley said that the English side needed that bit of luck as they are behind in the ongoing day-night Test. The right-handed batsman wants his side to play better cricket on Thursday so that they don't require the 50-50 things going in their way.

"Yes, it was very frustrating as we were behind in the game and we needed that 50-50 to go our way. And it when in their way today. It is frustrating as we desperately want to win and it doesn't help in our chances of winning. Hopefully, we play better tomorrow and don't require that 50-50," said Crawley during the virtual press conference.

Ishant Sharma playing the 100th Test provided India with the first breakthrough and after the first wicket, the spinners took over the mantle from the pacer. Ravichandran Ashwin and Axar spun a web over visitors to bundled out them for 112 in the first innings.

India ended the opening day of the pink-ball Test against England in the driver's seat as Rohit hit fifty to take the hosts at 99/3. India is trailing by 13 runs in the first innings with seven wickets in the bag.

Joe Root India vs England, 3rd Test Cricket
Get the latest updates on ICC T20 Worldcup 2022, check out the Schedule and Live Score. Like us on Facebook or follow us on Twitter for more sports updates. You can also download the NDTV Cricket app for Android or iOS.