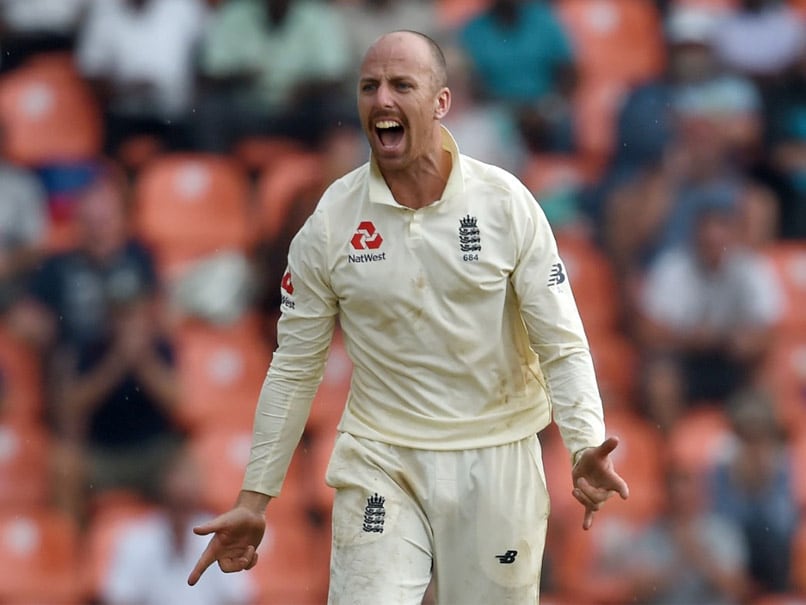 IND vs ENG: Jack Leach is likely to be one of England's main spin-bowling options.© AFP

Sachin Tendulkar feels that Graeme Swann and Monty Panesar's secret of success during England's series win back in 2012 was largely because of bowling at a quicker pace than usual, something he has not seen Jack Leach do often. Compared to Swann-Panesar duo, the current left-arm orthodox spinner Jack Leach is a touch slower and will be more effective only if he can vary his pace on tracks that offer turn. "That (one in 2012) was a different attack, and Graeme Swann was one of the leading spinners in the world back then. Monty, given the style of bowling, he was not one of those bowlers who believed in tossing up the ball. He was more of a hit the deck bowler," Tendulkar told PTI during an exclusive interaction on Thursday.

"Monty would really bowl fast, so it was completely different and Jack Leach, unlike Monty, I think he is slightly slowish bowler," he said.

Tendulkar also felt that Leach doesn't vary his pace a lot which will be required on tracks that offer turn.

"Whatever I have seen, he bowls at that same pace. So if the wicket is offering turn and considerable help, then varying your pace does matter because then batsmen get much lesser time to react, something that Swann and Monty effectively did with us in 2012," Tendulkar said.

Tendulkar expects the Chennai track to have bounce due to the red soil content and in the humid conditions, the ball could start reversing as early as 15th over and continue till the 60th, he feels.

"I think fast bowlers are going to play a big role here, and more so, reverse swing could be a factor. I believe that the ball will reverse from 15th over to 60th over. When the ball reverses, it skids off the surface and there is less reaction time," Tendulkar said.

"From 60-80th over, ball can still reverse but due to its softness, the batsmen find more time to adjust off the surface."

Talking about adjustment, Tendulkar finds it easier to adjust to SG Test from Kookaburra than vice-versa.

"To go back from Kookaburra to SG is a much easier transition than going from SG to Kookaburra. You need some adjustments after playing with Kookaburra for so long but I don't see that as a problem," Tendulkar said.

"Adjustment would have been a factor if there was a big break between two series and we are to play a Test match literally with a couple of days of practice, so not a big problem as far as I am concerned."

Sachin Tendulkar Graeme Swann Monty Panesar India vs England 2020-21 Cricket
Get the latest updates on IPL 2021, IPL Points Table , IPL Schedule 2021 , live score . Like us on Facebook or follow us on Twitter for more sports updates. You can also download the NDTV Cricket app for Android or iOS.