India vs England, 1st Test Day 4: Ravichandran Ashwin said the number of sweep shots Joe Root played against him were "very very minimal", adding Root was cautious while sweeping because of his bowling plans. 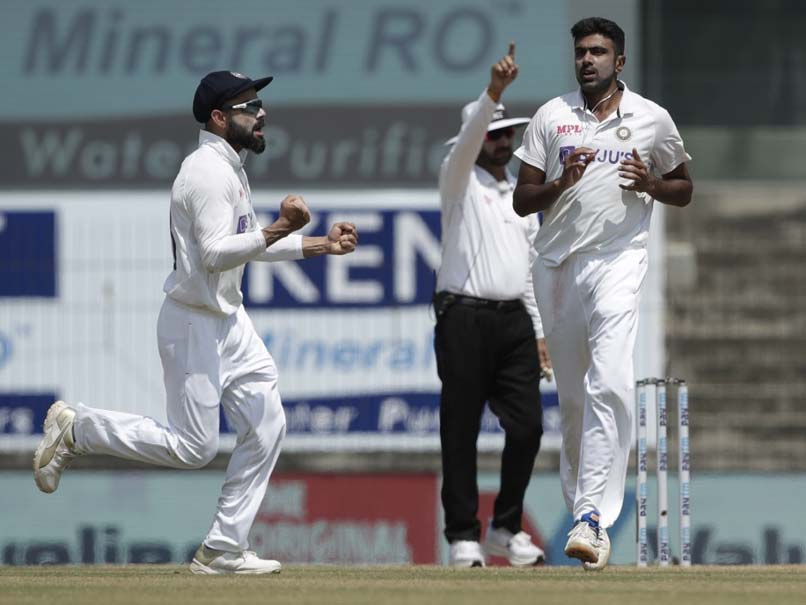 Turning one's arm for nearly 73 overs on a bowler's graveyard is no mean feat but then Ravichandran Ashwin's eternal love affair with his craft has given him immense joy even when he had to push his physical limits in adverse conditions. Ashwin ended with nine wickets in the ongoing first Test, including 6 for 61-- his 28th five-for -- in England's second innings. His 3/146 in the first innings wouldn't reveal how much pressure he put on the opposition and especially skipper Joe Root, who didn't play as many sweep shots as he did off Washington Sundar and Shahbaz Nadeem.

"In the first innings, the number of sweeps he (Root) played off me was very very minimal. He was very careful in how he was going to sweep, because we had plans in place and we had lines in place," said Ashwin after Day 4.

In fact, Ashwin felt that Root wasn't exactly in control of his sweep shot in the second innings when he got out after scoring a qucikfire 40.

"He (Root) was not at the same comfort level I thought, he was getting beaten in flight. It does make a difference, when you play on a day one pitch and day four pitch, there is a massive difference," he said.

The premier India spinner said that bowling 40 overs in a day is a joyous exercise for him.

"I see quite a few interesting observations on what people think might happen or not but as a cricketer that's the last thing that you have on your mind," Ashwin said, when asked how his back is holding up after such a gruelling effort, having missed the last Test in Australia due to back spasms.

"For me, part and parcel of my cricket days was bowling 40 to 45 overs a day and go back in the nets again.

"When it comes to bowling, the joy that I have even when some parts of my body are not responding properly, I can still keep going but that's how much I love my art.

"I would think I would like to keep bowling as long as I think," said the man who now has 385 Test wickets.

Just like Ishant Sharma, Ashwin also conceded that the track was really flat and England winning the toss became crucial.

"Look, personally when I saw the wicket, I believed it will be a good one to bat but I thought it might go a little more than what (happened) on the first day," said Ashwin.

"It was really flat and it was like a crucial toss for us, I would say.

However, he rejected the theory that Jofra Archer and James Anderson's deliveries could also keep low just like Jasprit Bumrah, who got a number of lbws because of low bounce of the track.

"There are a few things we need to understand when it comes to Jassi's bowling. The arm path is very different to that of what (James) Anderson and (Jofra) Archer have and these two (Bumrah and Ishant) are exponents of sub-continent conditions," Ashwin explained.

"They have been playing first class cricket in India, so I think it is facet of the game, sometimes it goes unnoticed or unobserved from the outside."

Washington Sundar has now hit his second successive half century in Tests and his senior state and national teammate termed him a "special batsman".

"Washy is a fantastic batsman and a lot of people go by the T20 format where he plays at No 7," said Ashwin.

"All of them don't recognise his special talent as he is quite a special batsman."

"They had two options. Either they could have asked us to follow on or the only reason I can see is they wanted to give some rest to their bowlers, which is part of the game sometimes not very well understood from the outside as fresh bowlers can sometimes do the trick rather than tired bowlers," he said.

Joe Root India vs England 2020-21 India vs England, 1st Test Cricket
Get the latest updates on IPL Auction 2023 and check out  IPL 2023 and Live Cricket Score. Like us on Facebook or follow us on Twitter for more sports updates. You can also download the NDTV Cricket app for Android or iOS.