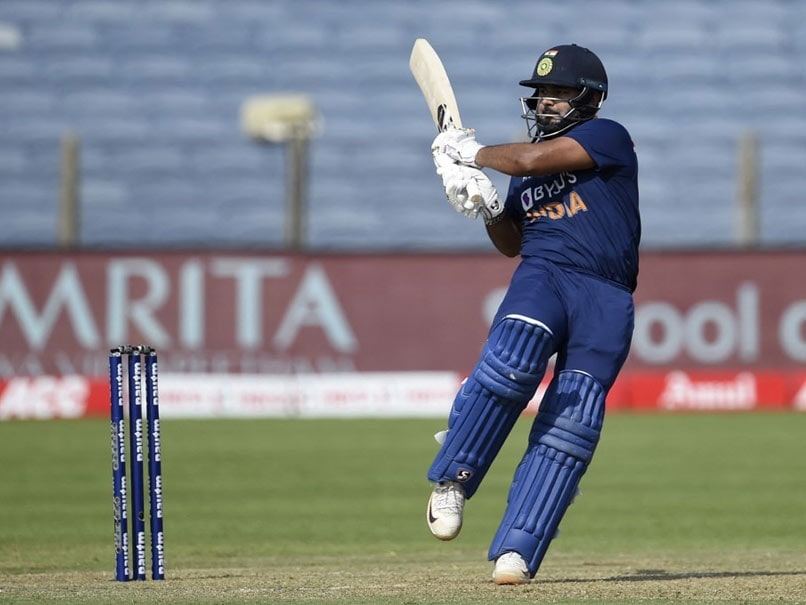 India and England on Sunday created a new record for hitting the most number of sixes in a three-match ODI series. The record was broken in the third ODI at the Maharashtra Cricket Association Stadium in Pune. In the third ODI, the Indian batsmen cleared the fence 11 times in their innings as the hosts were bowled out for 329 runs.

Rishabh Pant, who top-scored for India with 78 runs, smashed four maximums during his 62-ball knock, while Hardik Pandya also cleared the fence four times as he raced way to his half-century. The rest of the sixes came off the bat of Shardul Thakur, who scored 30 off 21 balls.

Previously, the record was held by New Zealand and Sri Lanka as players from both teams had hit a total of 57 sixes during a three-match ODI series in 2019.

India and England also feature in the list at the third spot after both teams registered 56 sixes in the three-match ODI series in 2017.

In the second ODI of the series, Ben Stokes had smashed 10 sixes as he played a knock of 99 runs off just 52 balls.

Ben Stokes Maharashtra Cricket Association Stadium, Pune India vs England 2020-21 Cricket India vs England, 3rd ODI
Get the latest updates on ICC Women's Cricket World Cup 2022 and IPL 2022, check out the Schedule , Live Score and IPL Points Table. Like us on Facebook or follow us on Twitter for more sports updates. You can also download the NDTV Cricket app for Android or iOS.