India vs England: After India's win in the fifth T20I, Michael Vaughan praised Virat Kohli's outfit. He also felt the return of Jasprit Bumrah and Ravindra Jadeja will make it easier for India to win the T20 World Cup. 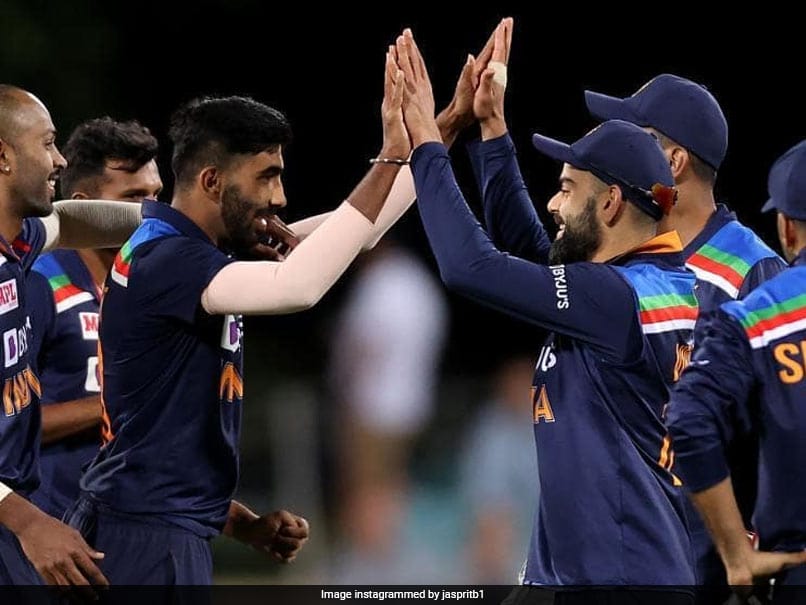 IND vs ENG: IND vs ENG: Jasprit Bumrah missed the T20I series due to his recent marriage.© Instagram

Former England skipper Michael Vaughan is impressed with how India performed in the recently-concluded T20I series against England and said the addition of Jasprit Bumrah and Ravindra Jadeja in the current squad would make them favourites to win the T20 World Cup, to be played later this year. After the blistering half-centuries by skipper Virat Kohli and Rohit Sharma, Indian bowlers restricted England to 188/8 to register a 36-run win in the fifth T20I, at the Narendra Modi Stadium on Saturday.

With this win, India clinched the five-match series by 3-2 and now both the teams will face off in the three-match ODI series.

"India have adapted brilliantly in this series ... the better team have won ... Add @Jaspritbumrah93 & @imjadeja to this team in Indian conditions & they are favourites to win the T20 World Cup ... Great series to watch .. #INDvsENG," Vaughan tweeted.

India have adapted brilliantly in this series ... the better team have won ... Add @Jaspritbumrah93 & @imjadeja to this team in Indian conditions & they are favourites to win the T20 World Cup ... Great series to watch .. #INDvsENG

Kohli and the boys displayed a clinical performance in the series decider and England had no answers to what was thrown at them by the hosts.

Ravindra Jadeja India vs England, 5th T20I
Get the latest updates on SA vs IND 2021-22, check out the Schedule and Live Score . Like us on Facebook or follow us on Twitter for more sports updates. You can also download the NDTV Cricket app for Android or iOS.