India vs England: Virat Kohli was sent back for a duck by Ben Stokes on Day 2 of the fourth Test in Ahmedabad and Michael Vaughan immediately had something to say. 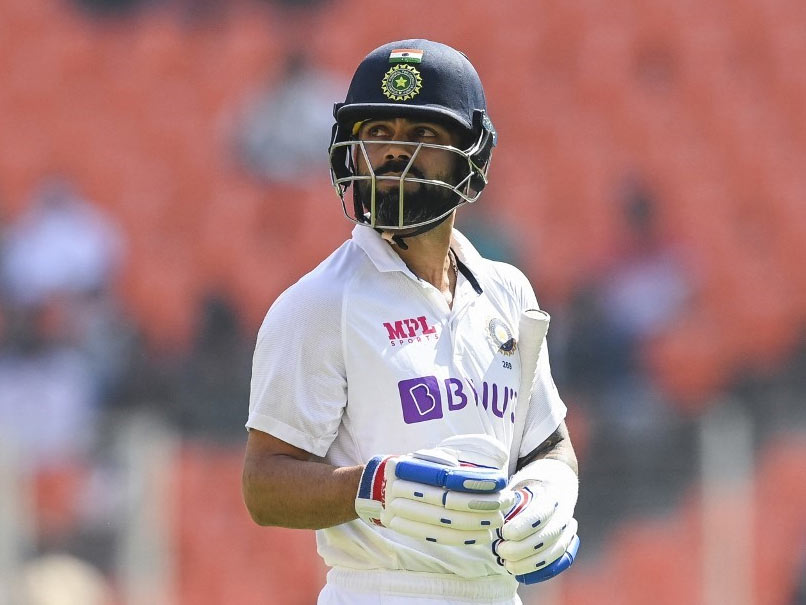 IND vs ENG: Virat Kohli was dismissed for a duck by Ben Stokes on Day 2 of the 4th Test.© AFP

Virat Kohli suffered a rare failure on Day 2 of the ongoing fourth Test against Englandon Friday. Kohli was sent back for a duck by Ben Stokesas the India skipper edged one straight to Ben Foakes behind the stumps. Stokes had a bowled a back of length delivery that jumped off the surface and took the edge of Kohli's on its way through to the keeper. The Indian skipper stared at the pitch before walking back to the pavilion. Former England captain Michael Vaughan used Kohli's gesture as an opportunity to continue his fun banter on the Ahmedabad pitch and he tweeted "Surely that wasn't Virat staring at the Pitch ... !!!!! #INDvENG."

Vaughan was among the few former cricketers who had criticised the pitches used in the ongoing four-match Test series between India and England.

In the 4th Test, India managed to bowl England out for 205 in their first innings on the opening day.

Axar Patel, playing his third Test, was again the wrecker in chief for India as the left-arm spinner picked up four wickets.

Ravichandran Ashwin accounted for three while Mohammed Siraj picked up a couple.

Washington Sundar also chipped in with the ball and he dismissed Ben Stokes.

In reply, India had lost wickets on regular intervals and were 80 for four at Lunch on Day 2.

Axar Patel India vs England 2020-21 India vs England, 4th Test Cricket
Get the latest updates on IPL 2021, check out the IPL 2021 Schedule and Indian Premier League Live Score . Like us on Facebook or follow us on Twitter for more sports updates. You can also download the NDTV Cricket app for Android or iOS.