India vs England: England slumped to 53/3 at Stumps after Ravichandran Ashwin's century helped India set them a 482-run target to win. 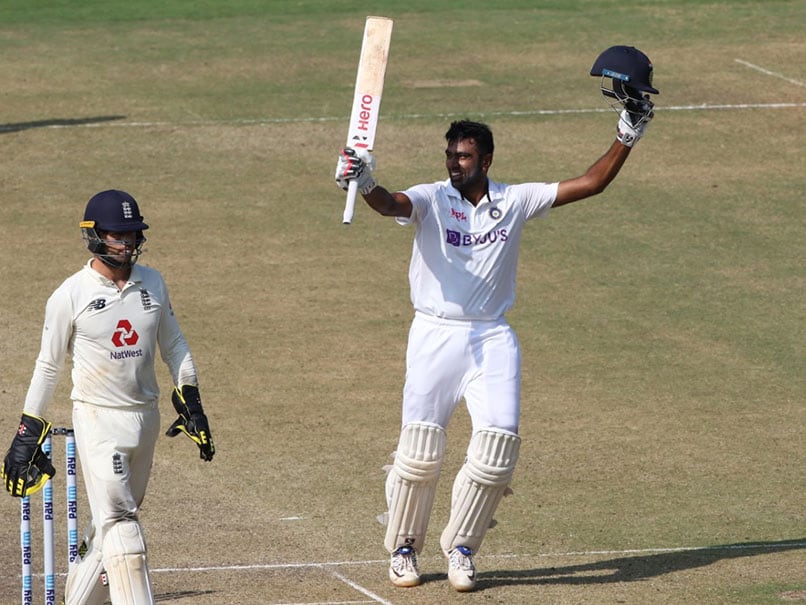 Ravichandran Ashwin hit 106 and took a key wicket on Monday to edge India closer to victory in the second Test against England, who face a daunting target of 482 to win. The tourists, who lead the four-match series 1-0, were struggling at 53 for three at stumps on the third day in Chennai. Dan Lawrence, on 19, and skipper Joe Root, on two, will resume batting Tuesday on the turning pitch. Left-arm spinner Axar Patel took two wickets including Dom Sibley, for three, and Jack Leach, who was sent in as nightwatchman, for nought.

Following up on his five wickets in the first innings, Ashwin got Rory Burns caught at slip for 25 to take his match tally to six.

Ashwin scored his fifth Test century and first against England before India were bowled out for 286 in the final session.

England have been battling to avoid defeat since a first innings collapse on the second day, and will have to mount a record run chase to secure a miracle victory.

The Chennai-born Ashwin survived reprieves on 28, 56 and 70 runs.

He then got to his hundred with an edge to the boundary, which was met by loud cheers from the home crowd.

He put on a 96-run seventh-wicket stand with skipper Virat Kohli, who made 62 before falling to Ali's off spin.

Ashwin got help from number 11 Mohammed Siraj to get to his century as they put on 49 runs for the final wicket. Olly Stone bowled Ashwin to end India's innings.

Virat Kohli India vs England, 2nd Test Cricket
Get the latest updates on ICC T20 Worldcup 2022 and CWG 2022 check out the Schedule, Live Score and Medals Tally. Like us on Facebook or follow us on Twitter for more sports updates. You can also download the NDTV Cricket app for Android or iOS.