India vs England Test Highlights: Having lost three wickets already, the visitors will be hoping for a miracle on Day 4 of the second Test match, in Chennai's MA Chidambaram Stadium. 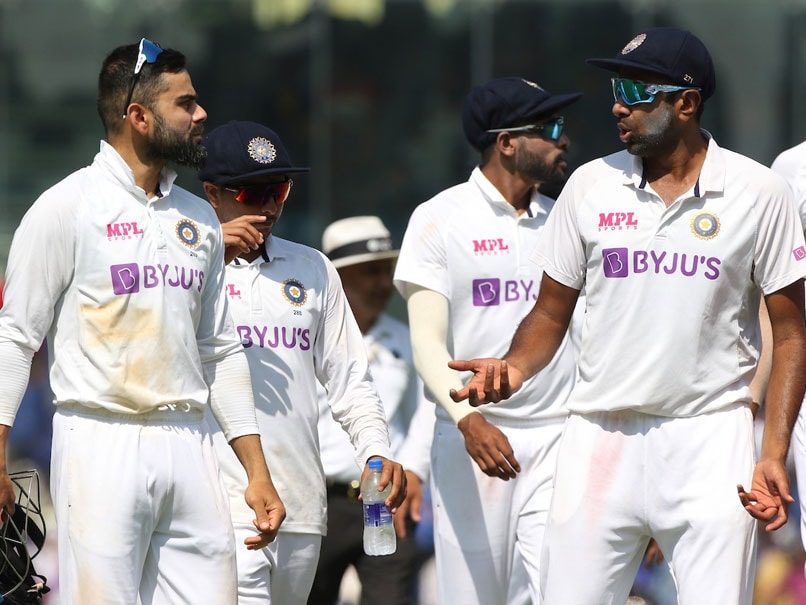 IND vs ENG Highlights: Virat Kohli and R Ashwin during Day 3 of the 2nd Test in Chennai.© BCCI

Losing early wickets in their second innings, England's position went from bad to worse on Day 3 of the ongoing second Test match, at the MA Chidambaram Stadium in Chennai. The visitors were 53 for three at Stumps and need 429 runs to win against India. The visitors had a shaky start to their second innings, with openers Rory Burns and Dom Sibley losing their wickets after scoring 25 and 3 runs respectively. Meanwhile, Jack Leach was also dismissed on the first delivery he faced. However, Daniel Lawrence (19) and Joe Root (2) remained unbeaten and made sure that England didn't lose more wickets before the close of play. Ravichandran Ashwin built on his fine form with the bat, taking a wicket and Axar Patel registered two dismissals. Earlier on Day 3, India scored 286 runs in their second innings, with Ravichandran Ashwin slamming a century. The 34-year-old scored 106 runs off 148 deliveries. His knock also consisted of 14 fours and a six. Captain Virat Kohli (62) scored a half-century during his side's second innings. Meanwhile, Jack Leach and Moeen Ali were the top bowlers for England, registering four wickets each. (SCORECARD)

Ravichandran Ashwin India vs England 2020-21 Cricket Live Score Live Cricket Score India vs England, 2nd Test
Get the latest updates on ICC Women's Cricket World Cup 2022 and IPL 2022, check out the Schedule , Live Score and IPL Points Table. Like us on Facebook or follow us on Twitter for more sports updates. You can also download the NDTV Cricket app for Android or iOS.