India's pacers dominated as they registered a 2-0 series sweep against Bangladesh. 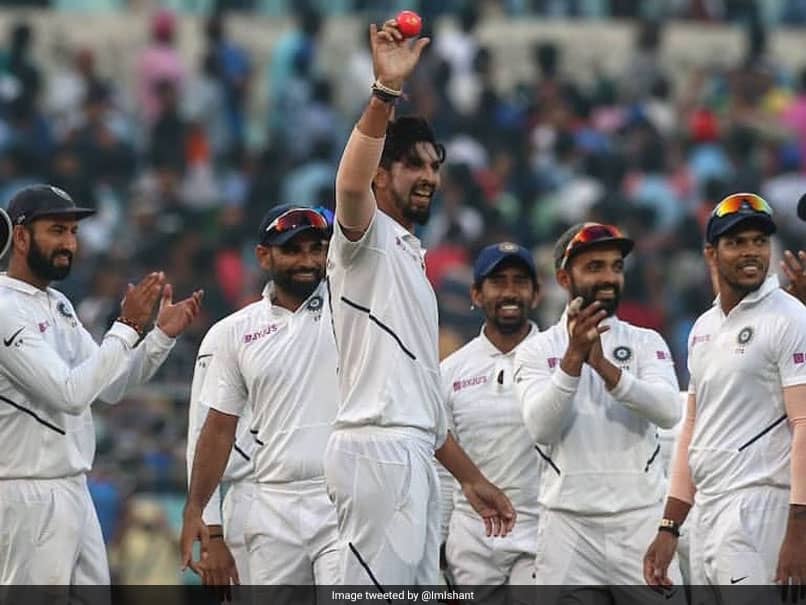 IND vs BAN: Ishant Sharma holds up the ball after claiming a 5-wicket haul at Eden Gardens© Twitter

It was once again the pace trio of Ishant Sharma, Umesh Yadav and Mohammed Shami who stole the show for India as they beat Bangladesh by an innings and 46 runs in their maiden pink ball Test at the Eden Gardens on Sunday and Indias bowling coach Bharat Arun praised the boys for hunting in a pack. "They hunt as a pack, they have their processes set and they take a lot of pride in each others' performances, not just in theirs, so that's the secret behind the pack. They work on the basics a lot," he said.

Arun feels that the boys adapt beautifully and that is what sets them apart.

"We are an experienced bowling attack, and the beauty is how quickly they adapt to situations. I thought they adapted beautifully to these conditions. New Zealand will be a good challenge and we are really looking forward to it," he said.

India wicketkeeper Wriddhiman Saha also praised the bowlers for their amazing display. "In the last 3-4 years, we have had an amazing pace attack, all 140+. We have been successful outside and at home. It has been wobbling and swinging all that, especially under lights. It's not that only spin is dominant now for India," he pointed.

Commenting on his own keeping, Saha said: "I've never tried anything specifically for the conditions in terms of keeping, just tried to do the basics right. Bumrah is number one on the list - after that Shami, Umesh, Ishant in that order, but didn't really struggle much."