India vs Australia: Five Big Controversies That Rocked The Series

The India-Australia series was fought as hard off the field as it was on it. 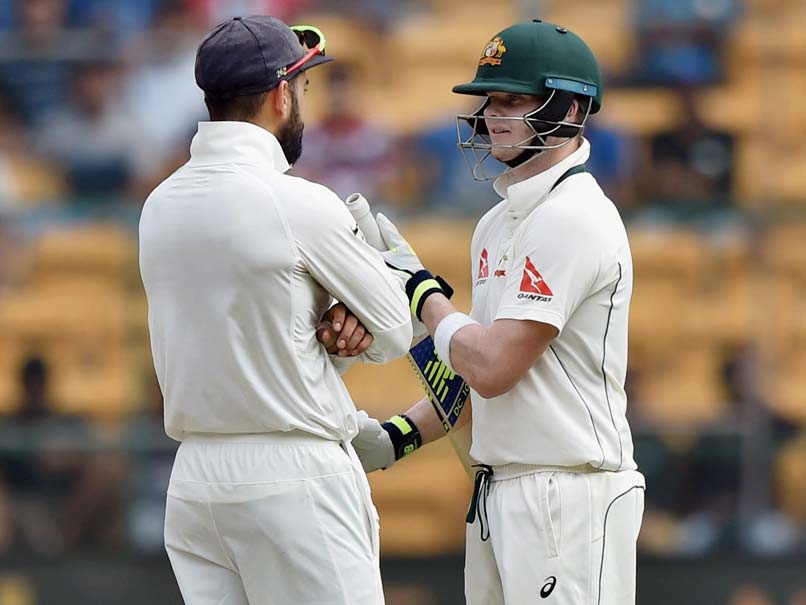 The ongoing India-Australia series has seen it all, from sensational batting and bowling to some major controversies that really spiced up affairs as the series went from one match to the other. As the two sides faced off with Indian skipper Virat Kohli and Australia counterpart Steve Smith taking lead in matters, we take stock of the five big controversies that cropped up.

'Brain fade': While the banter and sledging are part and parcel of any series with Australia, the first real spark came in the Bengaluru Test when Smith, with his side looking at defeat, tried to get tips from the dressing room on whether he should go for DRS or not.

Virat Kohli pounced on this and after a verbal send-off on the field, carried it into the post-match press conference when he stopped just short of calling Smith a cheat and the issue kept festering even though both cricket boards tried to move on.

Kohli injury: The next episode was when Virat Kohli was injured while fielding during the 3rd Test in Ranchi. The injury was bad enough but what made it worse was Glenn Maxwell cheekily mocking the injury after he fell almost exactly at the same place.

Not to be outdone, Kohli too used the same motions to mock the Australians and the battle lines were drawn once again.

Kohli compared to Donald Trump: The next explosion came when an Australian journalist compared Kohli to US President Donald Trump.

"Virat Kohli has become the Donald Trump of world sport. Just like President Trump, Kohli decided to blame the media as a means of trying to hide the egg smeared right across his face," the Daily Telegraph said.

The article and reporter were trolled from all corners, including by Bollywood superstar Amitabh Bachchan to cricket star Yuvraj Singh.

Hodge's 'suggestion': Former Australian batsman Brad Hodge had made a suggestion that India captain Virat Kohli may be skipping the Dharamsala Test to be available for the Indian Premier League (IPL).

Hodge, who is currently the coach of the Gujarat Lions in the IPL, said that it would be "pretty dirty" of Kohli if he turns out for the IPL opening match as Royal Challengers Bangalore captain against David Warner's Sunrisers Hyderabad on April 5.

"You'd hope as a sportsman that he's seriously injured. I'm hopeful, as a Gujarat Lions coach, that when we play RCB in a couple of weeks, that he's not playing," Hodge was quoted by Daily Telegraph as having told Fox Sports News' Gameday Live.

"Because if you miss one game of Test match cricket and you're fronting up the next week for RCB versus whoever, Bangalore, at Chinnaswamy Stadium -- you'd be pretty dirty if he did not front up to a Test match and try and win a valuable series against Australia - which has been pretty spiteful as well," said Hodge who played five Tests and 25 ODIs between 2005 and 2008.

On-field umpire Ian Gould initially gave Hazlewood out but replays seemed to indicate that the ball had hit the ground before reaching Vijay's hands, and the decision was reversed.

Comments
Topics mentioned in this article
India Cricket Team Australia Cricket Team Steven Smith Virat Kohli India vs Australia 2017 Cricket
Get the latest updates on IPL 2021, IPL Points Table , IPL Schedule 2021 , live score . Like us on Facebook or follow us on Twitter for more sports updates. You can also download the NDTV Cricket app for Android or iOS.