The left-arm spinner sustained his injury while fielding in the third ODI at Indore. 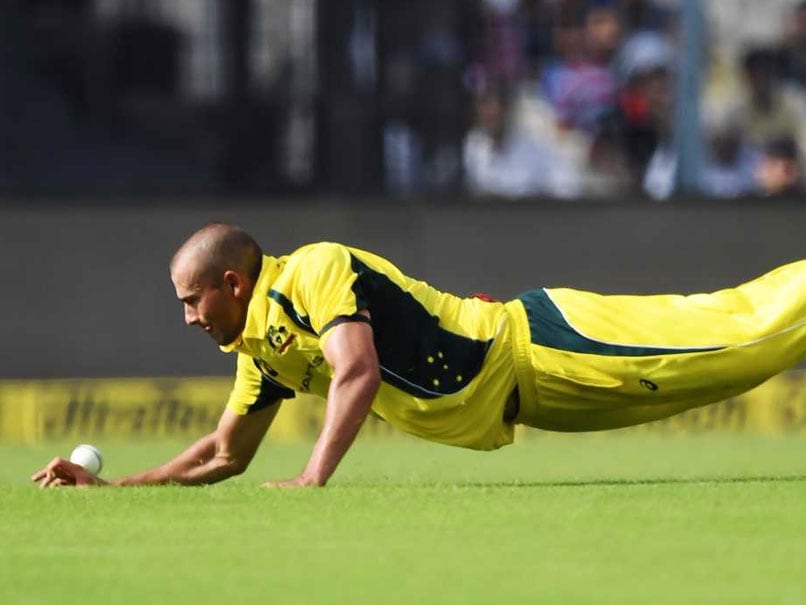 Ashton Agar injured his finger during fielding in the third ODI at Indore.© AFP

Australian left-arm spinner Ashton Agar has been ruled out of the remaining two One-day International (ODI) matches against India with a fractured finger which he sustained while fielding in the third ODI at Indore. Steve Smith and team lost the game by five wickets to concede an unbeatable 3-0 lead to the hosts. The team doctor, in a statement, confirmed that Agar will return home and consult a specialist with a possibility of surgery. "Ashton injured his right little finger whilst fielding in the match last night," team doctor Richard Saw said in a statement.

"Following the conclusion of the match he went for X-rays which have confirmed a fracture of the finger. He will return home to Australia and consult a specialist with a possibility of surgery," he added.

The 23-year-old's absence from the team will not be confirmed until the bowler meets with the specialist, stated cricket.com.au.

Agar, who was benched in the first ODI in Chennai, had replaced Adam Zampa for the second and third ODIs where he picked up a wicket each while conceding 125 runs. With Agar out of the squad, Zampa will most likely return to the playing XI for the fourth ODI.

However, the selectors have not asked for a replacement in the 14-member Australian squad for the matches in Bengaluru and Nagpur.

With the ODI series coming to an end, the Australian selectors are also yet to announce a replacement for Pat Cummins for the three-match T20 series as the pacer will return home after the completion of the on-going ODI series to prepare for the Ashes.