On the occasion, the International Cricket Council in partnership with UNICEF and BCCI launched the Team Swachh clinics. This is aimed at promoting a nationwide initiative to build a social movement for sanitation and toilet leading to an open-defecation-free India.

The 34-year-old Yuvraj, on a comeback trail into the national team, indulged in a bit of cricket with children who had come to get a glimpse of the star player who was accompanied by young spinner Pawan Negi.

The trophies for the men's and women's World T20 were paraded on a specially designed Nissan vehicle through the streets of Delhi. 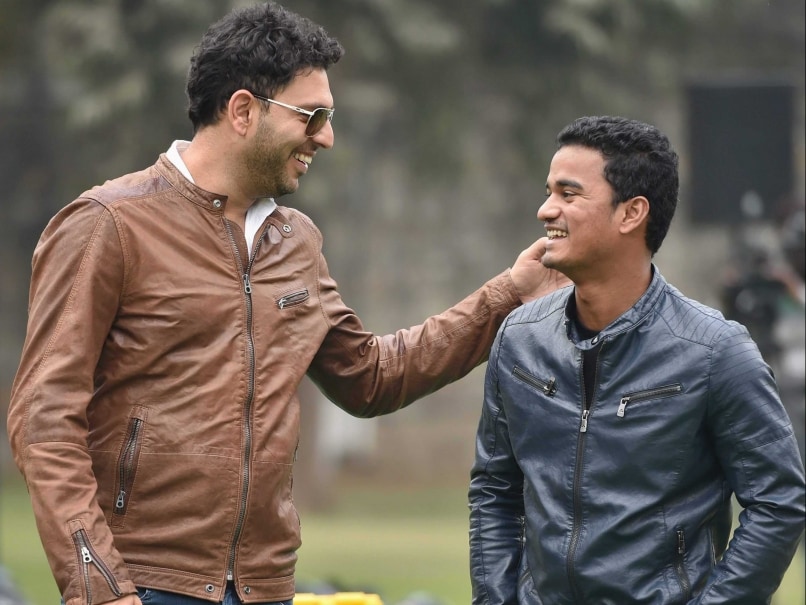 Besides sharing cricketing tips, both Yuvraj and Negi spoke about the importance of hygiene and sanitation in the specially designed Team Swachh Wash clinic, set up inside the Feroz Shah Kotla Stadium.

After Delhi, the trophy now moves to Kolkata followed by Nagpur, Chennai, Bangalore and Mumbai. Earlier, in October 2015, the ICC Cricket for Good and UNICEF launched a five-year global partnership in New York. The World T20 starts on March 8 and concludes on April 3.

Comments
Topics mentioned in this article
Yuvraj Singh Pawan Negi World T20, 2016 Cricket
Get the latest Cricket news, check out the India cricket schedule, Cricket live score . Like us on Facebook or follow us on Twitter for more sports updates. You can also download the NDTV Cricket app for Android or iOS.