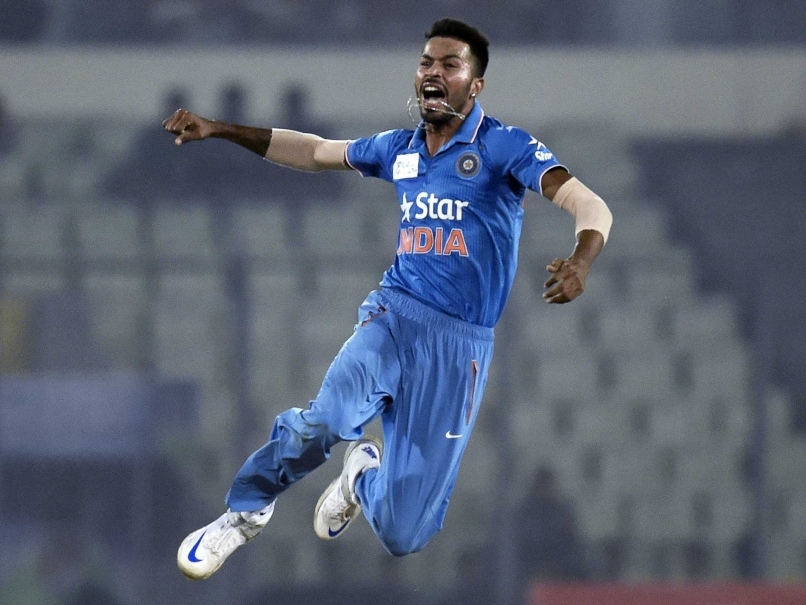 "Big things start with the dream only. This was the dream. Yes, it's fulfilling. I want to be like Jacques Kallis. What he has done for Proteas in batting and bowling. I want to do the same thing for India," Pandya said during a media session in Kolkata.

"The best part is I'm not told anything. I've not given been any instruction. That's something good for me. I can now read situations as I have got used to international pressure," the 23-year-old added.

He said that playing for Mumbai Indians has been the turning point in his career. (World Twenty20 2016: Pakistan Set To Fly to India After Dharamsala All-Clear)

"IPL has changed my life big time. Same time last year, I had posted a photo saying that I was sold to Mumbai Indians for Rs 10 lakh. This year on same day, I won the Asia Cup. Just imagine playing for the national team within a year and winning the Asia Cup. The journey has been quite amazing."

Pandya backs himself as a proper batsman.

"I find myself a proper batsman. I play according to situation. There will be a time where I will have to stick around."

He is thankful to Dhoni for showing faith in his abilities.

"When you see your captain promoting yourself ahead of big names is really a good thing. It helps a lot. I quite like the faith he is showing. I want to contribute as many times as I can. I don't take pressure (on myself)," Pandya added.

Comments
Topics mentioned in this article
Jacques Kallis MS Dhoni World T20, 2016 Cricket
Get the latest updates on ICC T20 Worldcup 2022 and CWG 2022 check out the Schedule, Live Score and Medals Tally. Like us on Facebook or follow us on Twitter for more sports updates. You can also download the NDTV Cricket app for Android or iOS.