If Pakistan play India at Dharamsala in the World Twenty20, a group named Anti-Terrorist Front has threatened to dig up the pitch. They have already written letters to Prime Minister Narendra Modi and Home Minister Rajnath Singh regarding their concerns 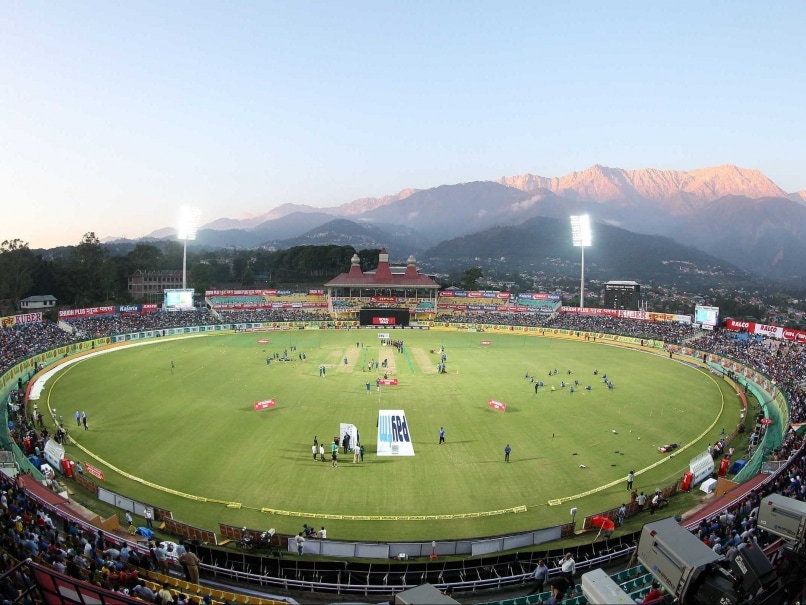 Indian team is scheduled to play Pakistan in Dharamsala on March 19 in a World Twenty20 match.© BCCI
Dharamsala:

Demanding that the Pakistan cricket team should not not be allowed to play in the World Twenty20 match against India here on March 19, the Anti-Terrorist Front on Friday threatened that it would dig the pitch to protest the holding of the match at Himachal Pradesh Cricket Association (HPCA) Stadium. (World Twenty20: Pakistan to Assess Security Measures in India Before Agreeing to Play)

"If the Pakistan team comes to Dharamsala to play against Indian cricket team, we will dig the pitch in HPCA stadium," Virender Shandilya, national president of Anti-Terrorist Front of India, said. (World Twenty20: Paramilitary Will be Provided For India-Pakistan Match in Dharamsala, Says Rajnath Singh)

"There is a high risk that Pakistani terrorists can enter the area during the match and if Himachal Pradesh government allows the tie, it will be the disrespect towards the martyrs of Pathankot and Pampore." (ICC World Twenty20: Worried Pakistan Cricket Board Wants India to Make 'Public Statement' on Security)

Shandilya claimed that he had written letters to Prime Minister Narendra Modi and Home Minister Rajnath Singh in this regard and will also meet state chief minister Virbhadra Singh and leader of opposition PK Dhumal. (World Twenty20: Don't Play Against India in Dharamsala, Ehsan Mani Tells Pakistan Cricket Board)

"We will protest against this match in Dharamshala in a big way in the coming days," said Shandilya.

Comments
Topics mentioned in this article
Pakistan Cricket Team India Cricket Team World T20, 2016 Cricket
Get the latest updates on ICC T20 Worldcup 2022 and CWG 2022 check out the Schedule, Live Score and Medals Tally. Like us on Facebook or follow us on Twitter for more sports updates. You can also download the NDTV Cricket app for Android or iOS.