Board of Control for Cricket in India and the Himachal Pradesh government are at loggerheads after the latter refused to provide security for India vs Pakistan World Twenty20 tie in Dharamsala, citing a January attack on an Indian army base. 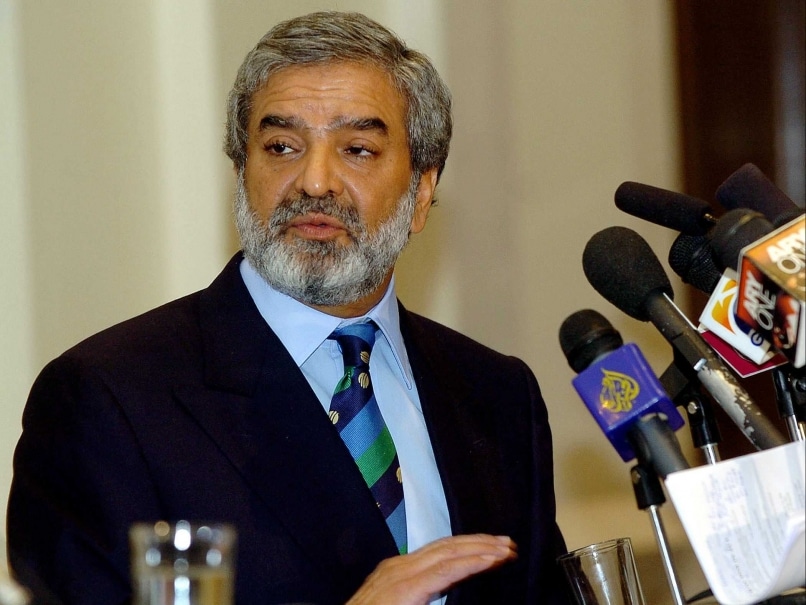 Board of Control for Cricket in India's (BCCI) woes are mounting after former International Cricket Council (ICC) chief Ehsan Mani advised the Pakistan Cricket Board (PCB) not to play the World Twenty20 match against India in Dharamsala, Himachal Pradesh on March 19. (BCCI in Fix As Himachal Pradesh Doesn't Want to Host Ind-Pak Game)

Talking to Dawn News channel on Tuesday, Mani said that the PCB needs to seriously consider the threats by state authorities to not allow Pakistan to play at Dharamsala. (Pakistan Cricket Team Will be Provided Full Security in World Twenty20, Says Anurag Thakur)

"I would advise the PCB to take these threats seriously. Because it involves the security of our players, officials, people and media who will go to India for the event," Mani said.

The president of the Board of Control for Cricket in India (BCCI) Shashank Manohar called up his Pakistani counterpart and assured him the best possible security for the Pakistan team during the World T20 in India.

His call came after the PCB apparently wrote to the ICC drawing their attention to the uncertainty surrounding the match at Dharamsala.

"If this match had involved the Australian team I am sure by now they would have pulled out of the match," Mani noted.

"They made their position on security for their players clear when they pulled out of the ICC Youth World Cup in Bangladesh earlier this year," he said.

Mani said the PCB also needed to be very vocal and clear about not playing at Dharamsala since it was an ICC event.

The BCCI had criticised authorities in the northern state of Himachal Pradesh after they refused to provide security for World T20 tie, citing a January attack on an Indian army base.

Chief Minister Virbhadra Singh said on Sunday that the match should be moved to another venue out of respect for the "martyrs" killed in the assault by militants on an Indian air force base.

Sources in the PCB said that alternate venues such as Mohali and Kolkata had been discussed by Manohar and Shaharyar Khan on Tuesday but nothing has been finalised as yet.

Mani said that Pakistan had bent backwards to have normal cricketing relations with India but the environment was still the same in India.

"The Pakistan government has also shown it believes in having cricketing relations with India but I would think playing in Dharamsala in this environment would be risky for the Pakistan team," he added.

Comments
Topics mentioned in this article
India Cricket Team Pakistan Cricket Team Himachal Pradesh Cricket Association Stadium, Dharamsala World T20, 2016 Cricket
Get the latest updates on ICC T20 Worldcup 2022 and CWG 2022 check out the Schedule, Live Score and Medals Tally. Like us on Facebook or follow us on Twitter for more sports updates. You can also download the NDTV Cricket app for Android or iOS.