World Twenty20: Board of Control for Cricket in India to Take Stock of Ferozshah Kotla Preparations 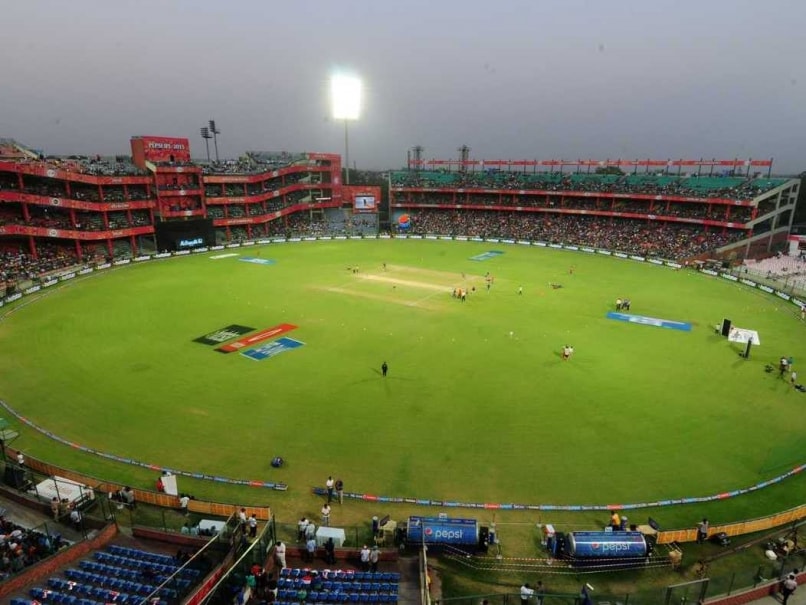 With uncertainty prevailing over World Twenty20 matches at the Ferozshah Kotla, the Board of Control for Cricket in India (BCCI) will take stock of the stadium's preparations on March 8 after the Delhi High Court dismissed the troubled Delhi and District Cricket Association's (DDCA) restoration plea seeking NOC from the Municipal Corporation. (Uncertainty Over World Twenty20 Matches in Delhi Remains)

"We will have a meeting with the DDCA officials on March 8 and we will take stock of the situation. As far as BCCI is concerned, the matches in Delhi are on," said BCCI secretary Anurag Thakur, when asked about the road ahead for DDCA after the High Court rejected its plea on Friday. (ICC World Twenty20: Feroz Shah Kotla in Danger of Not Hosting Matches)

A bench of Chief Justice G Rohini and Justice Rajiv Sahai Endlaw dismissed DDCA's application to restore its 1997 petition seeking NOC from SDMC for the stadium which was denied ASI clearance.

Kotla is scheduled to host four matches of the World Twenty20 including the semifinal besides six games of the Women's World T20.

Thakur also said that close to 45,000 tickets have been sold online for the non-India matches. The ticket sales for the ICC event began only on February 24 ahead of the tournament beginning on March 8.

The BCCI also concluded the random draw of the lottery system for all the four India matches, the semi-finals (men and women) and the final (men and women) of the mega event.

The lucky winners will be sent the notification by email and SMS and will be given 48 hours to complete the transaction online and secure the tickets failing which the tickets will be reintroduced in the random draw to identify the next applicant.

Asked about the delay in the ticket selling process, Thakur added: "Look at the capacity of stadiums in India and the requirement, it is already ten times more. So there is just online requirement. If you look at the situation on the ground, there are thousands of people who are waiting to buy physical tickets."

The respective state association will decide the number of tickets it wants to sell online and through physical counters.

Comments
Topics mentioned in this article
BCCI Feroz Shah Kotla, Delhi World T20, 2016 Cricket
Get the latest updates on ICC T20 Worldcup 2022 and CWG 2022 check out the Schedule, Live Score and Medals Tally. Like us on Facebook or follow us on Twitter for more sports updates. You can also download the NDTV Cricket app for Android or iOS.