World Twenty20: Board of Control for Cricket in India in a Fix As Himachal Pradesh Doesn't Want to Host India-Pakistan Game

Board of Control for Cricket in India secretary Anurag Thakur, also a BJP MP, said India-Pakistan World Twenty20 match venue was decided one year back and the Himachal Pradesh government, ruled by Congress, should not do politics over it by asking to shift venue from Dharamsala. He added that fans would face problem because of it 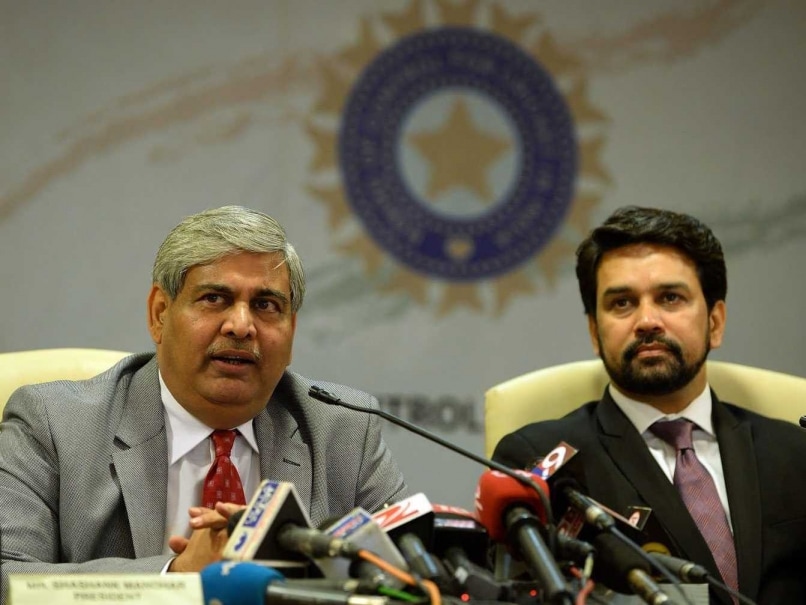 Board of Control for Cricket in India secretary Anurag Thakur (right) said the last-minute stance of Himachal Pradesh government to not host India-Pakistan World Twenty20 match was not fair.© AFP
New Delhi:

The India-Pakistan World Twenty20 clash appears to be in trouble after the Himachal Pradesh government expressed its inability to provide security for the match, leaving the Board of Control for Cricket in India (BCCI) in a bind, with secretary Anurag Thakur saying that the state should not "play politics". (World Twenty20: Congress Wants India vs Pakistan Match Shifted From Dharamsala, Government Worried)

The March 19 game is to be played in Dharamsala but its fate is now uncertain after Himachal Pradesh chief minister Virbhadra Singh wrote to the Home Ministry stating that the state government cannot provide security for the match. (Pakistan Cricket Team Will be Provided Full Security in World Twenty20, Says Anurag Thakur)

"We have written to the Union Home Minister on behalf of the government regarding this matter. I think if the match takes place in Dharamsala, it would be against the will of the people of Himachal Pradesh," Singh said in Shimla.

"If our war veterans don't want the Indo-Pak match to be held in Dharamsala, the Himachal Pradesh Cricket Association should accept it. They are not opposing the holding of matches. They are against the Pakistan team playing in Himachal Pradesh."

Reacting sharply to Singh's statement, Thakur, who is also a BJP MP in Lok Sabha, said the state knew of the schedule months in advance and did not specify any such concerns at that time.

"The venues of the World Cup matches were decided one year ago, the allotment of matches was decided six months ago. People all over have made bookings and it is not fair to give such statements at the last minute," Thakur told reporters here.

"The Congress-led state government is clearly playing politics. Hundreds of Pakistani athletes were given security during the South Asian Games in Assam, why can't the Himachal government do the same?" Thakur asked.

"By claiming that you cannot provide security, you are only giving credence to Pakistani claims that there is a security threat to their team in India. It's about the country's image, you cannot play politics over it."

On MOnday, the Himachal Pradesh Congress had asked the BCCI to either cancel the proposed match or shift the venue.

The party claimed that since Kangra is home to a large number of soldiers, including Kargil War heroes like Captain Vikram Batra and Captain Saurabh Kalia, hosting the Pakistani team would hurt the sentiments of martyrs' families.

Comments
Topics mentioned in this article
BCCI World T20, 2016 Cricket
Get the latest updates on ICC T20 Worldcup 2022 and CWG 2022 check out the Schedule, Live Score and Medals Tally. Like us on Facebook or follow us on Twitter for more sports updates. You can also download the NDTV Cricket app for Android or iOS.