Mohammed Shami made a good return to competitive cricket after being out of the game for more than a year and Rohit Sharma has said that it was not easy for the fast bowler to come back. 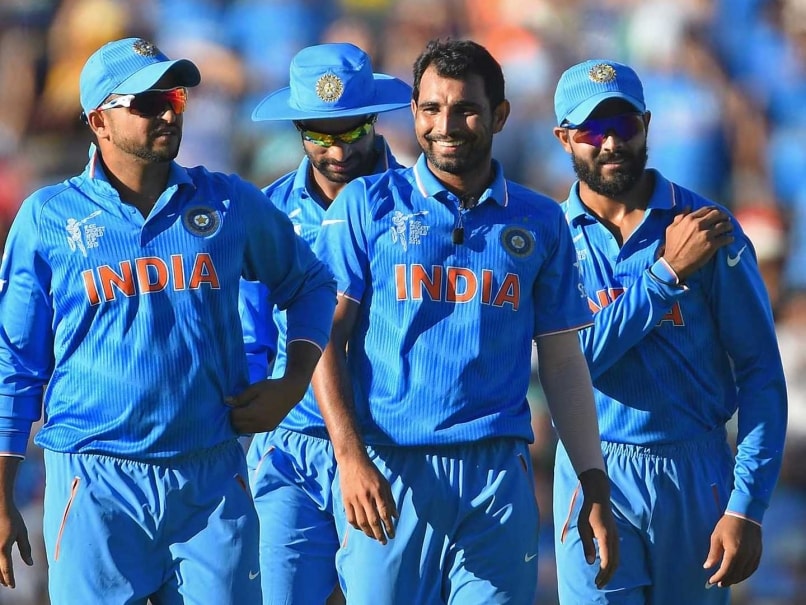 Mohammed Shami played in his first competitive match in more than a year in the warm-up game against the West Indies on Thursday. Following a chronic knee injury which required surgery and a hamstring issue, Shami missed most of 2015 and the start of 2016. (World T20: India Thrash West Indies Thanks to Rohit Sharma's 98)

However, according to Rohit Sharma, Shami is working very hard to get his rhythm back and Indian team has lot of expectations from him in the World Twenty20.

Playing his first match after recovery, Shami took two wickets and gave away 30 runs in India's warm-up game against the West Indies, yesterday.

"It's never easy for a fast bowler to come back from a knee injury. He's worked really hard. It was his first game after the layoff and he did pretty well. He's worked really hard all this while. He executed the plans really well. He bowled bouncers, yorkers, slower ones. That's what we expect from him. He was one of the main bowlers till the last time he played for India. Expectation will be there on him," Rohit, who himself hit a sublime unbeaten 98, said.

"He worked hard at the nets yesterday, trying to get his rhythm back. He just wanted to go out in the park and play. It's about to have a feel the conditions. Once he got on, he bowled well with the new ball and did well with the old one," Rohit added.

The prolific batsman also said that India's dominant run is a result of excellence in all three aspects of the game.

India have won 10 out of their last 11 Twenty20 matches, winning three series -- against Australia, Sri Lanka before lifting the Asia Cup -- in a row.

"We have done well in our last three tournaments and we are not winning just because of one department. We are winning because of our bowling, batting and fielding has been superb," Rohit said after India's 45-run win.

He said it was great to have a feel of the home conditions before the main round of World T20.

"It shows we're not taking practice matches lightly. We treat them as good as a league match. The feel of the World Cup, coming here and playing in India and having a feel, was important. We did all that," he said.

"Our bowlers did the job for us. Everyone got to bowl. In batting also most got the chances. Fielding effort was so good. Rahane was superb on the field. We've one more practice match left. We are happy," he said as they leave for Mumbai for their last warmup match against South Africa on March 12.

Eden Gardens is a venue where nothing goes wrong for Rohit, who has won two IPL titles for Mumbai Indians (2013 and 2015) and also scored a world record 264 (against Sri Lanka in November, 2014).

"I love playing here. It's been happy hunting ground for me. Whatever cricket I've played here, it's the same. It's nice, I love coming here and playing. It's been good always but that does not mean I score always. I've to bat well to score runs and I was happy with the way it went for the team. It's a typical Kolkata wicket, there was no change in it," he concluded.

Comments
Topics mentioned in this article
India Cricket Team West Indies Cricket Team Rohit Sharma Shami Ahmed World T20, 2016 Cricket
Get the latest updates on ICC T20 Worldcup 2022 and CWG 2022 check out the Schedule, Live Score and Medals Tally. Like us on Facebook or follow us on Twitter for more sports updates. You can also download the NDTV Cricket app for Android or iOS.