World T20: Pakistan Team May Leave For India on Friday

The Pakistan Cricket Board (PCB) is likely to allow the national cricket team to depart for the World T20 after the Super 10 Group 2 clash against India was shifted from Dharamsala to Kolkata on Wednesday by the International Cricket Council (ICC). 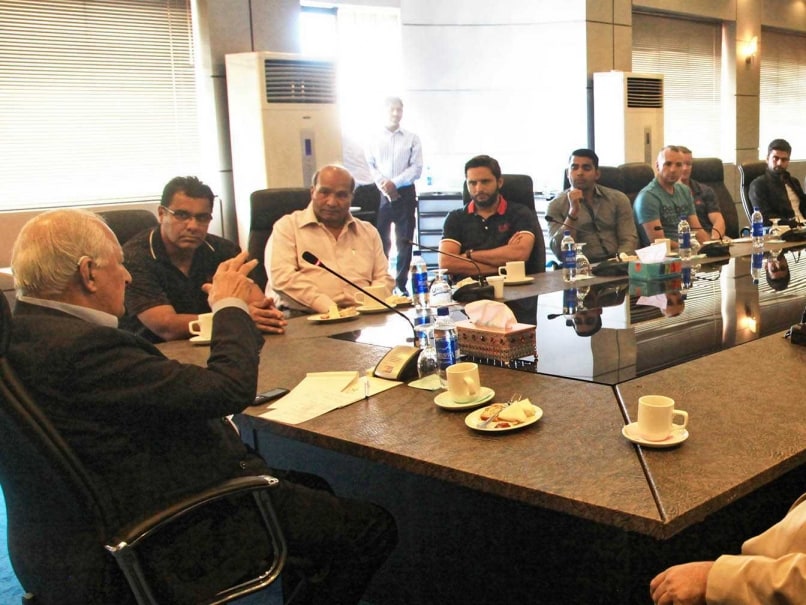 The Pakistan national cricket team may depart for the ICC World T20 tournament in India on Friday. (Pakistan, All Dressed Up But Can't Go to India)

According to a report by Geo TV, the Pakistan Cricket Board (PCB) is likely to allow the team to depart for the T20 World Cup after the Super 10 Group 2 clash against India was shifted from Dharamsala to Kolkata. (Anti-Terrorist Front of India Threatens to Dig Up Eden Pitch to Stop India v Pakistan Tie)

The match, scheduled to be played on March 19, had to be shifted after serving and retired Indian Army personnel and political leaders in the Indian state of Himachal Pradesh opposed it.

Chief Minister Virbhadra Singh had also stated that the administration will not be able to provide adequate security for the event. Although the Indian government was willing to provide paramilitary forces to secure the match venue, the International Cricket Council (ICC) decided to shift the tie on Wednesday.

The Pakistan team was originally due to leave for India on Tuesday evening. But the PCB postponed the departure as they awaited the final report from the three-member security delegation which they had sent to review the security arrangements in Dharamsala.

PCB chairman Shahryar Khan spoke with the Pakistan players on Thursday and told them to remain focused on the game. Khan told the players that the current situation is similar to the conditions in 1999 when the team went on a tour of India and came back victorious.

The match faces a security threat in Kolkata as well, with the Anti-Terrorist Front of India (ATFI) threatening to dig up the pitch at Eden Gardens on Wednesday.

The ATFI has been opposing hosting of the Pakistan team until the terror masterminds behind the Mumbai, Pathankot and the recent Pampore attacks are handed over to India by Pakistan.

Comments
Topics mentioned in this article
Pakistan Cricket Team India Cricket Team Pakistan Cricket Board World T20, 2016 Cricket
Get the latest updates on ICC T20 Worldcup 2022 and CWG 2022 check out the Schedule, Live Score and Medals Tally. Like us on Facebook or follow us on Twitter for more sports updates. You can also download the NDTV Cricket app for Android or iOS.