World T20: Pakistan Cricket Team Likely to Get Clearance To Fly Out to India

Pakistan's uncertainty over their participation in the World Twenty20 could be over with the government likely to give the green signal for their departure to India. 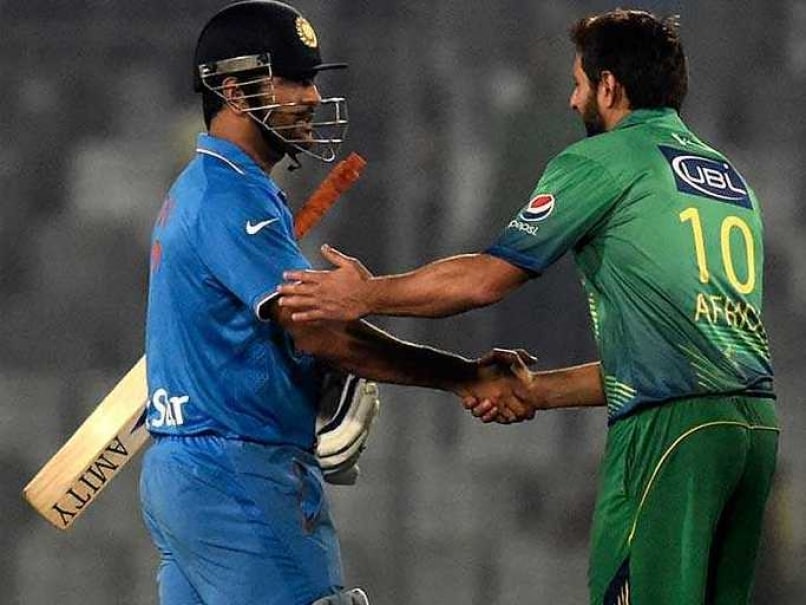 Pakistan's suspense over their participation in the World Twenty20 could end with the government likely to give the green signal.© AFP

Suspense over Pakistan's participation in the World Twenty20 is expected to be over today with the country's government likely to clear its national cricket team's departure to India for the mega-event. (No Written Assurance, Says Union Home Minister)

The Chairman of the Pakistan Cricket Board Shaharyar Khan told PTI that a detailed report has been sent to the Interior Ministry on the security assurances received from the International Cricket Council and the Board of Control for Cricket in India. (Pakistan Government Puts Team Departure on Hold)

"We have also informed the ministry about assurances coming from the Bengal Chief Minister who is keen to see Pakistan play in Kolkata," he said.

Shahryar expects the ministry to take a final decision in a few hours as they have also been briefed about the security situation and arrangements for the Pakistan team by the Pakistan High Commissioner in New Delhi.

He said the assurances given by Indian Home Minister Rajnath Singh that Pakistan would be given full security and the World T20 would be held smoothly, are positive developments.

The ministry yesterday said it would not send the team to India until the Indian government gave out a written assurance for providing complete security to the Pakistan team to deal with Pakistan specific threats in India.

A source told PTI that the logistics department of the PCB was already making preparations to get the team on a flight to either New Delhi or Kolkata by this evening or night.

"The logistics department is in touch with the ICC and coordinating travel plans with them," he said.

The men's and women's players in Lahore and Karachi have also been told to be ready for a quick departure.

Shahryar also told the media that if Pakistan didn't go to India for the World T20 it could incur losses of around USD 15 million, which was a big amount at this time.

The ICC has already shifted the Indo-Pak match on March 19 to Kolkata from Dharamsala due to security concerns.

Comments
Topics mentioned in this article
Pakistan Cricket Team World T20, 2016 Cricket
Get the latest updates on ICC T20 Worldcup 2022 and CWG 2022 check out the Schedule, Live Score and Medals Tally. Like us on Facebook or follow us on Twitter for more sports updates. You can also download the NDTV Cricket app for Android or iOS.