World T20: Netherlands Crash Out After Washout Against Oman

The Netherlands had lost their opening ICC World T20 Group A game to Bangladesh. Oman on other have a good chance of making the tournament proper after their famous win over Ireland. 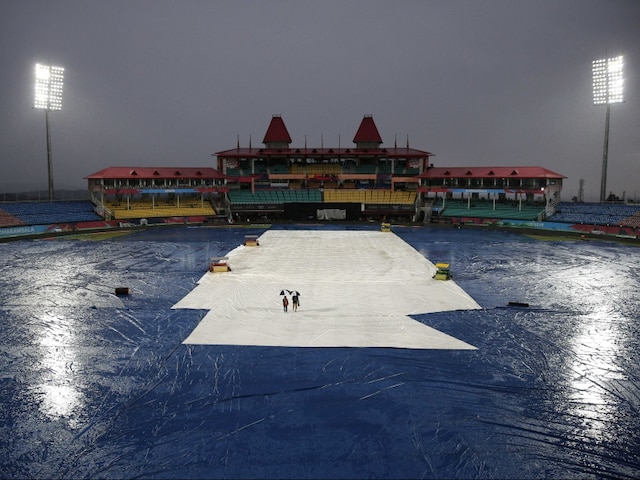 Officials walk on the pitch as rain played spoilsport in the Netherlands versus Oman match.© AP
Dharamsala:

The Netherlands were knocked out of the World Twenty20 Friday after their match against Oman was abandoned due to rain in Dharamsala. (Scorecard)

The Dutch, who shared a point with Oman in the rained-off game, had been invited to field after losing the toss but not a single ball was possible due to bad weather.

"There's extreme disappointment. We've put in a lot of time, effort and energy in trying to qualify. For it to end like this after having lost to Bangladesh in a closely-fought game, we are gutted," Dutch skipper Peter Borren said.

"We could have done a lot of things better in that game, it will haunt us for a while. We don't get a lot of opportunities at this stage. As someone says, our next chance could be in four years time."

Meanwhile Oman, who stunned Irleand in their first group encounter, are still in the race for the Super 10 stage.

"We were confident coming into the game. We are still alive if we beat Bangladesh. We put in consistent performances in the qualifiers in Ireland and Scotland. They (players) are all excited," a beaming Oman captain Sultan Ahmed said.

Bangladesh take on Ireland in the second match oat the same venue.