Kane Williamson has said India are the favorites to win the World Twenty20 but added that all teams will be gunning for the trophy. 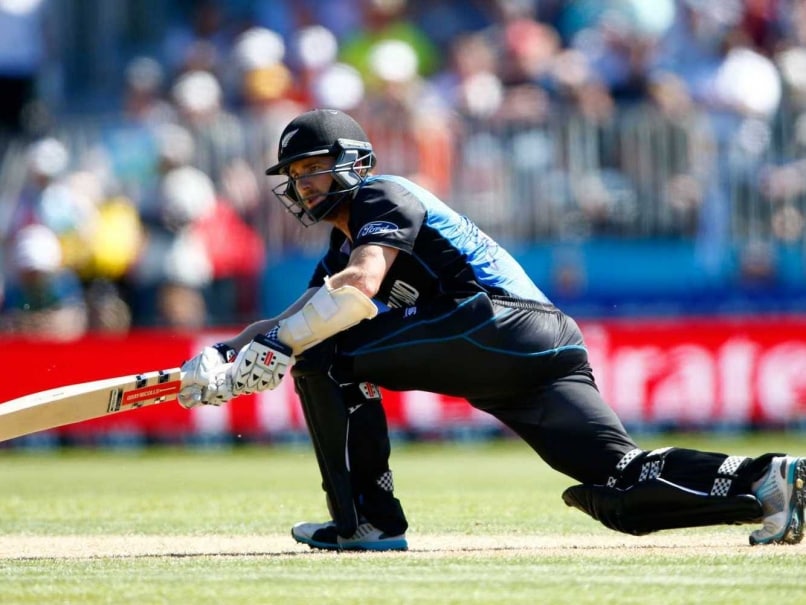 Kane Williamson has said it was important to use the input of those players who had played in the Indian Premier League.© Getty Images

New Zealand's Twenty20 skipper Kane Williamson has picked India as the favourites to win the ICC World Twenty20, which commenced today with the qualifiers. (India Start As Favorites After Asia Cup Success)

"India will probably be the favorites for this tournament. But all teams will come here believing they can win this tournament," said Williamson at the pre-tournament media conference after the team's first training session at the Wankhede Stadium. (India Overwhelming favorites to win title at home, reckon cricket greats)

"I think being the favourites, they are certainly a team that will be tough to beat (in) the competition. They have got a number of players who can win the matches. That's part and parcel of having a good short format side and so that's certainly what the Indian side have," Williamson added.

New Zealand will take on the hosts in their campaign opener on March 15 in Nagpur and the 25-year-old batsman said it would be great to get off to a good start against the mighty Indians.

"We have a tough match first up. We will be preparing as well as we can for these conditions. It will be great to get a good start (against India), so that we can carry the momentum forward into the tournament," Williamson, who will be playing in his third World T20 tournament, said.

He said it would be crucial to adopt plans against different opponents.

"From our perspective, we want to focus on our cricket. How we play as best we can. It will go a long way for us to be successful and at the same time be smart -- I mean how we adopt plans against opposition sides," said the new skipper.

Williamson, who has succeeded Brendon McCullum as captain, said the team was in a transitional phase after the retirement of the aggressive wicketkeeper-batsman and stressed that they needed to play smart cricket as per the conditions in the country.

"It's important we adapt and play good and smart cricket. Cricket can be quite different in these conditions. We need to prepare well. Coming here things will be a little bit different. We need to be smart.

"Brendon was very expressional as a leader, the way he batted and off the field. It's an exciting challenge. The team has come along a long way in recent years. We are relatively quite young. We are a good mix of youth and experience. It makes for an exciting side," he said.

Williamson, who made an impressive Test debut at Ahmedabad in 2010 against India, said it was important to use the inputs of those players who have played in the IPL.

"A lot of guys have played a lot of cricket here. It's important to tap into their experience. It will certainly help our cause. A lot of them have played alongside a lot many international cricketers."

He said that while spin bowling will be an important part of the tournament, seam bowling would not be left behind.

"Yeah, especially when you come to India you assume that the ball will spin on some of these surfaces. We have got some young, exciting spinners and they will be looking forward to bowl. Spin is likely to play a part, but I have no doubt that seam will also play a big part and we have world-class seamers in our line-up. They are all fit," said Williamson.

Heaping praise on Martin Guptill, Williamson said: "Martin's been absolutely smashing for quite a while and that's huge for our side. He has scored huge amount of runs so quickly and he has won a lot of games for us. We are certainly hoping that he continues that and keep playing with that freedom."

On the issue of corruption in the game, he played safe.

"Education around those issues is there. You go to at least one seminar every year and everyone's well educated. As far as our side is concerned, we are just excited to come here to play in a great tournament like this T20 World Cup."

(This story has not been edited by NDTV staff and is auto-generated from a syndicated feed.)
Comments
Topics mentioned in this article
New Zealand Cricket Team India Cricket Team Kane Williamson Brendon McCullum World T20, 2016 Cricket
Get the latest updates on ICC T20 Worldcup 2022 and CWG 2022 check out the Schedule, Live Score and Medals Tally. Like us on Facebook or follow us on Twitter for more sports updates. You can also download the NDTV Cricket app for Android or iOS.