India can chase down any big total at the World T20 because of their batting prowess, according to Mohammad Yousuf 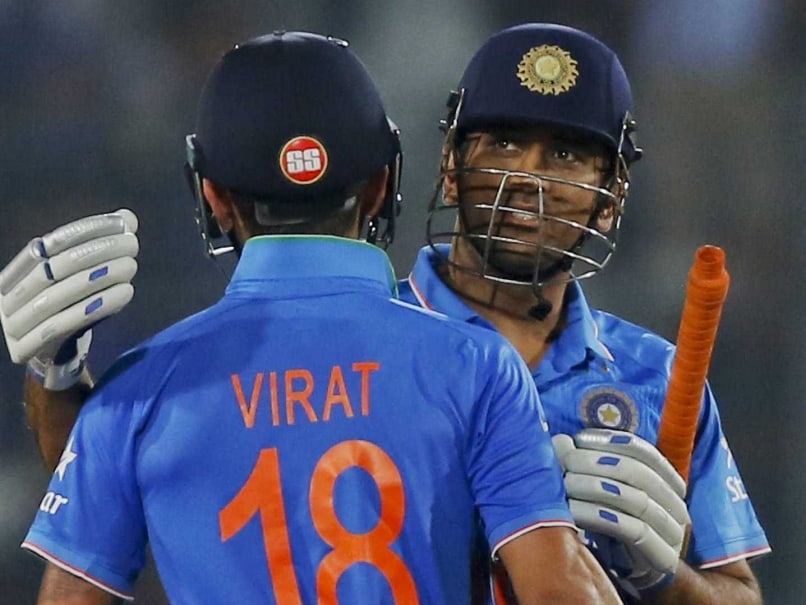 Batsmen like MS Dhoni and Virat Kohli give India edge in the World T20, according to Mohammad Yousuf.© AFP
Karachi:

Yousuf pointed out that there were high scoring matches in the World T20 qualifying round for associate teams and in warm-up games, and said it would be no different in the main round of the mega-event as well. (India Have Prepared Well For ICC World Twenty20, Says Laxmipathy Balaji)

"India are a strong contender because their batting is very strong and they are capable of chasing big totals down. Even in the warm up match against South Africa they fell short by four to five runs, chasing a total of 190 plus," said Yousuf.

"Their other advantage is they are playing at home. Don't forget they are the only team to have won the World Cup at home in 2011."

The 41-year-old Yousuf said Pakistan batsmen need to fire on all cylinders if they want to do well in the tournament.

"One thing is clear that unless our batsmen get big totals on Indian pitches, the team will struggle against the other top teams. The only other way we can do well is for our bowlers to successfully defend totals in the range of 140-150 or bowl out opposing teams for under par scores," Yousuf said.

"We won in the warm up game against Sri Lanka but again our batsmen didn't score enough to get a big total. I think we will be depending a lot on our bowlers and they will need to bowl out opposing teams or defend totals around 140-150."

Pakistan had a dismal outing in the recent Asia Cup in Bangladesh but Yousuf said Shahid Afridi-led team needed to be supported and encouraged.

"I think we all know the weaknesses of our team. We all know how Afridi plays. So no use cribbing about these things. Now we can just hope that the batsmen click enough to offer substantial totals for the bowlers to defend," he said.

Comments
Topics mentioned in this article
Mohammad Yousuf World T20, 2016 Cricket
Get the latest updates on IPL 2021, check out the IPL 2021 Schedule and Indian Premier League Live Score . Like us on Facebook or follow us on Twitter for more sports updates. You can also download the NDTV Cricket app for Android or iOS.