Corey Anderson has said New Zealand know how to beat defending Twenty20 champions Sri Lanka if they meet in the semi-final. 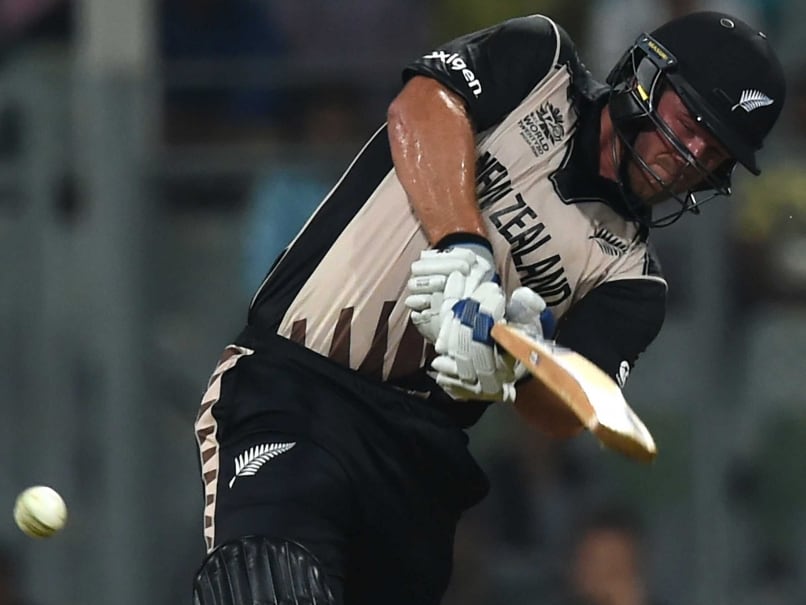 Corey Anderson, who smashed a quick fifty in the warm-up game against Sri Lanka, has said New Zealand know how to beat the defending World Twenty20 champions.© AFP

Corey Anderson says New Zealand have a fair idea of how to beat Sri Lanka if they face them in the semifinals of the World Twenty20. (Colin Munro Blitz Flattens Sri Lanka in Warm-Up Game)

"We do not face them in the pool game but if we face them in the semi final, we know how to beat them. Look it was a good game, we put on lot of runs, bowling wise, we restricted them to 150," Anderson, who retired out after making a quick fire 60, said.

The World T20 will kick off with a clash between hosts India and New Zealand and Anderson said they are ready for the big match.

Â "We are looking forward to the game against India, had the first warm up game and have got a game against England in a couple of days. I guess these games care for nothing," Anderson said.

Meanwhile, Lahiru Thirimanne who scored 41 for Sri Lanka, said there was no doubt that they have to up their performance as they are struggling to re-establish themselves in international cricket following retirements of a few greats.

"We don't have any pressure, the team after Sanga (Kumara Sangakara) and Mahela (Mahela Jayawardane) is in a regrouping process and that's not an excuse and we have to perform well. We have a good young bunch, no excuses we have to perform," he said.

The left-handed batsman said as a team there was no pressure due to the change in captaincy.

"We are the same group. We have played for about three years (together). Angelo (Matthews) is the captain since 2013, it's been familiar faces, so there is no pressure," he added.

Comments
Topics mentioned in this article
Lahiru Thirimanne Corey Anderson New Zealand Cricket Team Sri Lanka Cricket Team World T20, 2016 Cricket
Get the latest updates on ICC T20 Worldcup 2022, check out the Schedule and Live Score. Like us on Facebook or follow us on Twitter for more sports updates. You can also download the NDTV Cricket app for Android or iOS.