New Zealand started off with a bang by defeating Sri Lanka in their World Twenty20 warm-up game at the Wankhede while India thrashed West Indies. 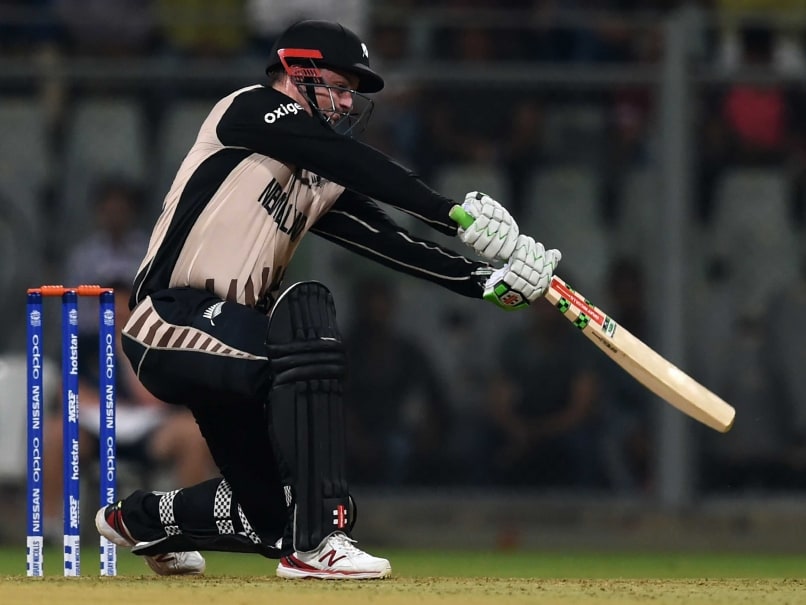 Colin Munro blasted 67 off 34 balls to give New Zealand a thumping win over Sri Lanka in their ICC World T20 warm-up game.© AFP

Chasing a challenging target of 227, Lanka got off to a disappointing start losing experienced batsman Tillakaratne Dilshan (0) in the second over itself off the bowling off Corey Anderson.

His opening partner and skipper Dinesh Chandimal (8) too did not last long as he was cleaned bowled by pacer Adam Milne in the fifth over to have Lanka struggling at 19/2.

But Lahiru Thirimanne (41) and Chamara Kapugedera (38) held on for the third wicket to help team cross 80-run mark.

But with the dismissal of both the batsmen, Lanka lacked quality in the middle order as wickets fell at regular intervals to have them short off the New Zealand total.

Earlier on opting to bat, New Zealand openers Martin Guptill (41) and Kane Williamson (10) got off to a modest start. But seamer Suranga Lakmal brought the first breakthrough for the side dismissing skipper Williamson in the fourth over.

After striking six fours and one six in his 25-ball innings, Guptill fell to seamer Dasun Shanaka in eighth over to have team at 67/2 in 7.3 overs.

From there on it was entirely incoming batsman Munro's show as he hit seven huge sixes in his 34-ball knock to take team's score past 100 in the tenth over itself.

The left-handed batsman Munro was well supported in the other end by Anderson. The duo struck 92-run partnership for the third wicket to take side past 140 in 13th over.

But in the 15th over of the innings, Shanaka got the dangerous batsman Munro caught to have the Kiwis at 159/3 in 14.2 overs.

Next up, Anderson took the initiative ahead to hit five sixes and four fours alongside Grant Elliott (36 not out) to help team past the 200-run mark.

(This story has not been edited by NDTV staff and is auto-generated from a syndicated feed.)
Comments
Topics mentioned in this article
New Zealand Cricket Team Sri Lanka Cricket Team India Cricket Team West Indies Cricket Team Colin Munro Lahiru Thirimanne Rohit Sharma Corey Anderson Wankhede Eden Gardens World T20, 2016 Cricket
Get the latest updates on ICC T20 Worldcup 2022, check out the Schedule and Live Score. Like us on Facebook or follow us on Twitter for more sports updates. You can also download the NDTV Cricket app for Android or iOS.